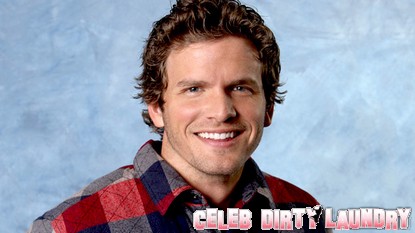 If you haven’t seen enough of Bentley Williams’ douchetastic behavior on The Bachelorette, then feel free to tune in tonight.

The jerk of the century makes his return at Ashley Hebert’s request, primarily because she’s blind she wants to know if there was anything there. It’s obvious that she hasn’t seen any of the behind-the-scenes footage, or she would’ve kicked this idiot to the curb a long time ago.

Even so, after telling host Chris Harrison that she still wanted to resolve things with Bentley, he makes his (hopefully) final appearance on the show tonight. In previews for tonight’s episode, Ashley is excited to learn that Bentley is in Hong Kong, staying at the same hotel she is.

This throws the remaining guys into a tizzy, which is completely understandable. They shouldn’t have to compete with this jerk who left Ashley high and dry under the guise of missing his daughter. Not to say that he’s bad for missing his daughter, but he should have been more upfront with why he took off.

So, will Ashley finally resolve her feelings for Bentley and be able to move on? Tune in tonight on ABC and we’ll see! We’ll be liveblogging it, so stay tuned!