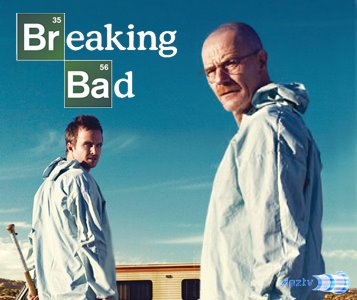 The stars of Breaking Bad have promised that the upcoming fourth season premiere is “shocking”.  Aaron Paul, who plays Jesse, said that the episode will continue with the story lines from the last season.

“It literally starts off right where it left off,” he said. “I can’t wait to hear people’s reactions, because they are going to lose it in the best way possible.”  Meanwhile, Paul’s co-star Emmy award winning Bryan Cranston hinted: “Our premiere episode is very shocking.”

Filming for the fourth season of Breaking Bad began late, only in January, after the show’s network AMC announced a postponement of the air date.  The series is now expected to begin it s fourth season on AMC in July.

I’ve seen at least some of the bulk of all TV series and there is nothing made now that is a s good as Breaking Bad – when it comes to the quality of the acting and writing it just can’t be beaten.