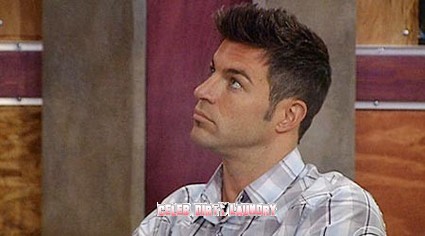 If you are a big fan of Big Brother and have been keeping your eyes peeled to find something juicy last night was your lucky night.  Jeff Schroeder who originally appeared on Big Brother 11 was having a heated discussion with fellow contestant  Kalia Booker. Kalia was talking about J.K. Rowling’s Harry Potter fictional character Albus Dumbledore.  She was discussing the rumors about the sexual preference of Albus, many believe he is gay.  She told him nothing in the books really prove that but J.K. Rowling told a crowd at Carnegie Hall in 2007, “I always thought of Dumbledore as gay.”

Well all this was new to Jeff and his first reaction was: “Dumbledore doesn’t have any gay tendencies.”   As Jeff got more and more upset he yelled: “He’s in school with little kids!.  You don’t want to make that guy gay!  It isn’t right to have it in a little kid’s book, and have the head master locked away in this magical land, be gay. That isn’t the right kind of writing to do.”

Kalia responded: “Just because he’s gay doesn’t mean there’s anything wrong with him.”

The conversation went on with a lot more dumb homophobic comments by Jeff.  The dude is totally out of touch with reality.  He basically suggests that all gay men will molest/rape children.  He is disgusting.  What do you think of this rant?