Billy Crystal To Host The Oscars 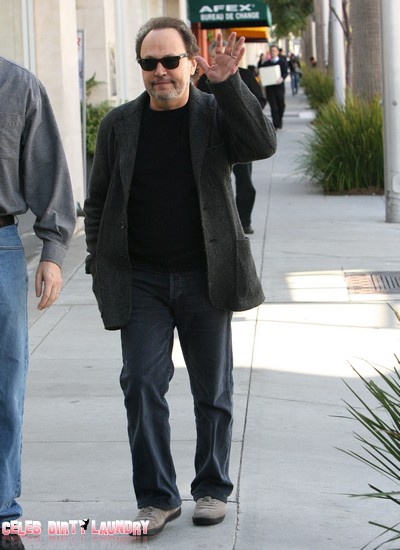 Billy Crystal who has previously hosted the ceremony eight times – is returning to front the show for the first time since 2004.  He tweeted: “Am doing the Oscars so the young woman in the pharmacy will stop asking my name when I pick up my prescriptions. Looking forward to the show.“

Eddie announced he was leaving the production yesterday (09.11.11), following producer Brett Ratner, who quit so as not to tarnish the reputation of the Academy Awards after he made a number of ill-judged comments, including a gay slur.

Speaking about Eddie’s departure, Tom Sherak – president of the Academy of Motion Picture Arts and Sciences, who are behind the ceremony – said: “I appreciate how Eddie feels about losing his creative partner, Brett Ratner, and we all wish him well.”  Earlier today ‘A Beautiful Mind’ director Brian Grazer was named as the new producer for the 2012 show.

Tom said of his addition: “Brian Grazer is a renowned filmmaker who over the past 25 years has produced a diverse and extraordinary body of work. He will certainly bring his tremendous talent, creativity and relationships to the Oscars.”

Official confirmation of Billy as the new host is expected to follow.