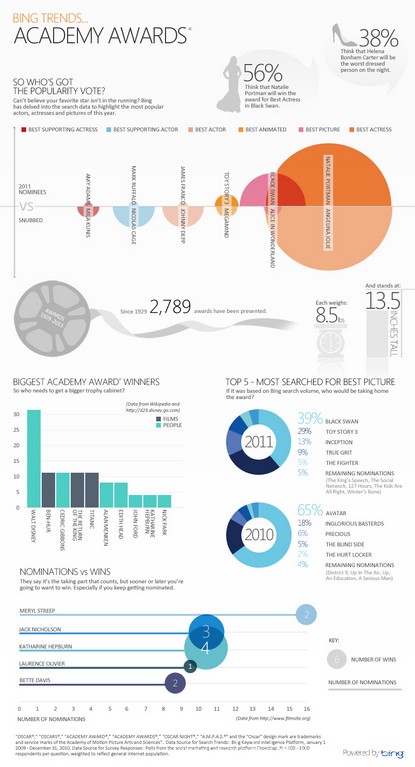 According to recent data released by BING, the decision engine from Microsoft, 56% of users would like to see Natalie Portman win “Best Actress” at next month’s Academy Awards. Meanwhile, 56% of users think Portman’s co-star Mila Kunis was snubbed in the “Supporting Actress” category.

“Black Swan” is the favorite “Best Picture” contender amongst 39% of users, just pulling slightly ahead of “Toy Story 3,” which won the hearts of 29% of users. As everyone thinks about who will be “best dressed” at the awards show, 38% of Bing users predict King’s Speech actress Helena Bonham Carter will be “worst dressed.”