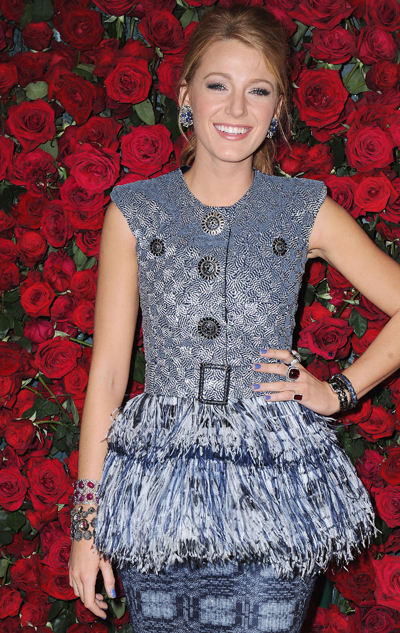 Yesterday, we reported that George Clooney‘s gal pal Stacy Keibler (half-jokingly) admitted that she would love to get engaged to Ryan Reynolds, and it seems that she’s not alone! Blake Lively, who is said to be dating Ryan, her Green Lantern co-star, for the past two months, reportedly wants to settle down with him RIGHT NOW, despite the fact that she just got out of a relationship with Leonardo DiCaprio and Ryan only ended his marriage to Scarlett Johansson last year.

According to Star Magazine via Celebitchy.com, the Gossip Girl star has been “smothering” Ryan, (and not with gravy or whip-cream or something equally kinky and delicious,) but with her overwhelming neediness and desire to get married!

“Blake would marry Ryan right now if he popped the question,” said an insider to Star. “She roped him into house hunting by saying she was looking at properties for herself, then she started pestering him about moving in with her. Ryan nixed that idea. He was worried they’re moving way too fast.”

This isn’t the first time we’ve heard of Blake wanting to get married. Reportedly, she ended things with her boyfriend of three years, Penn Badgley, because he didn’t want to get married and then followed-up that up with an intense but short relationship with Leonardo DiCaprio.

Blake clearly seems ready to board the marriage and baby train right now but is having problems finding any takers. And it seems like Ryan isn’t the best candidate either.

“He is thrilled to have some time on his own while Blake is busy working,” added the source. “He is still trying to figure out how to let her down easy. Ryan doesn’t want to break her heart.”

Poor Blake. She is just 24-years old, but, if these reports are true, she is acting like a desperate woman approaching spinsterhood, instead of the gorgeous, young thing that she is.

Meanwhile, she has made an enemy out of Scarlett Johansson, who is apparently none too pleased that Blake is dating her ex.