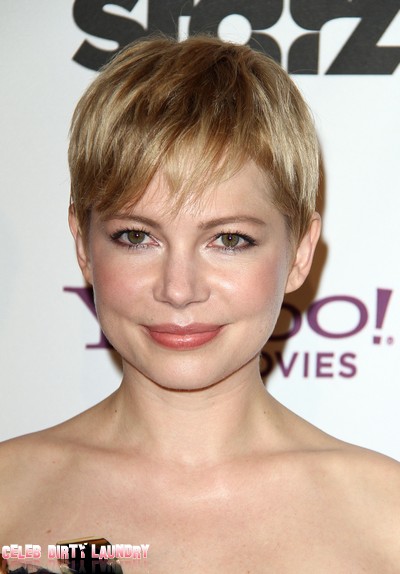 The actress – who has a six-year-old daughter Matilda with the late actor – says she had “buried” her emotions following her former fiance’s passing in 2008 but the intensity of the 2010 film was a form of “therapy” for her which finally helped her move on.

She said: “I felt that I had gotten back to where I was and that I felt like myself and was rediscovering a lot of emotions that I had buried since Heath’s death.”

“Maybe the intensity of the film and the fact my character was falling in love with Ryan [Gosling]’s character had something to do with that. But it was a film where we were very isolated and spent so much time going through the intense emotions of the characters that it had this liberating effect on me.”

“You could call it a form of therapy. That film also took me to lots of dark places and sometimes when you confront sadness and fears it can resolve lots of issues in your head.”

These days, Michelle is much happier and focuses all her attention on her daughter.

She told Britain’s OK! magazine: “I’m much happier now and enjoying my life again. I try to make a happy home for my daughter and my own life is enriched so much by her spirit and being able to watch her and teach her.”

“It’s taken a while for me to feel really good again and to think more freely and just be myself. I have so much joy in looking after Matilda that I don’t even worry that much about myself anyway.”