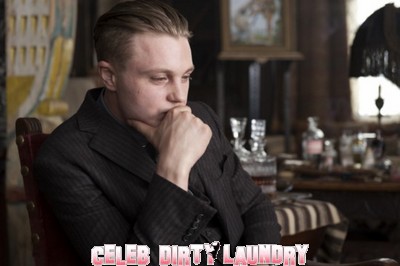 Tonight is the third episode of Boardwalk Empire called “Gimcrack & Bunkum”. At a birthday party for Mayor Bader (Kevin O’Rourke), Nucky’s attorney has a legal brainstorm that could turn the tide in Nucky’s election-rigging case. If you missed last night’s episode read a official recap here.

Official synopsis: After paying lip service to his enemies, Nucky introduces a surprise guest speaker at a Memorial Day dedication for war veterans. With his options dwindling, Eli questions his allegiances, but ends up digging himself a deeper hole. Nucky gets a new lawyer; Jimmy is taught a painful lesson by a Commodore crony; Richard goes hunting deep in the forest.

Tonight’s recap: Nucky is telling people at the Memorial Day Celebration that Atlantic City was built for good times, it was built to help people forget – but today is Memorial Day and they have to remember. He thanks the Commodore and asks James Darmody to step up to read the names of the fallen men. Jimmy(James) asks him if he thinks he can’t play the game and Nucky tells him he does not even know the rules.

Jimmy tells the crowd that Nucky said some impressive things about him but he is nobody’s idea of a hero. He tells the crowd they fought for the idea that democracy was worth saving. He fought for America and he believes it was worth it. He reads the name of the brave men who fell.
Richard Harrow is looking at a scrapbook before he was wounded in the war. He gets up and packs a lunch in his briefcase.

Nucky tells his cronies, including the US Attorney General, that Jimmy enlisted because he could not hack it at Princeton. Harry asks Nucky to forget his legal problems tonight – they have a prosecutor who will play ball. Nucky asks Harry if he actually enjoys golfing and he tells Nucky he enjoys being a man who has the time to play. A man asks Nucky if he is acquainted with a Mr. George Remus the bootlegger. He asks Nucky to put in a word and let him know he does not fight.

Eli and the city fathers tell Jimmy that he made a good speech. They are bragging about how they slaughtered the indians and how they made a lot of money selling chipped beef to the Army. The city fathers tell Jimmy they took care of the colored problem, the coast guard, and lots of things costing 70 grand and they are unhappy and have not seen a dime and have lost a warehouse full of alcohol (in Nucky’s sponsored explosion) and the $70,000.

Eli tells the City Fathers that they will make good but they want to talk the Commodore. Jimmy makes a sarcastic remark and one of the City Father’s hits him in the head hard and cuts him with his cane. Jimmy leaves and tells them they just taught him a lot. Jimmy walks out and Eli follows him and tells him fuck the City Fathers.

Richard Harrow gets dropped off in the woods with his pump-action shotgun.  He is looking at the birds. Richard removed his facial covering and is having his lunch alone in the woods, he pulls his dog tags out. Richard lies down and puts the shotgun barrel in his mouth he is contemplating killing himself when he hears growling and it is a dog. He tells the dog to go away. The dog grabs his mask and runs away and Richard pursues the dog.

Margaret asks Nucky where Owen is? She tells him his brother Eli is here. Eli asks him how many places has he lived in and Nucky asks him why does he want to know? Eli mentions that last time they spoke there was an offer and Nucky tells him there is no more offers. Nucky tells him if he has nothing more to say the conversation is over. Eli tells him he knows who is going to testify against him. Nucky tells him it does not matter he just ate with the Attorney General of the United States. He has to give him more. Eli tells him the Commodore had a stroke and they are trying to keep it under wraps.

He tells Nucky that Jimmy and Gillian are in over their heads. Eli is desperate – he realizes what he did. Nucky tells him they will sort it out but there is something he has to ask him. Nucky tells him to get on his knees kiss his fucking shoes and beg his forgiveness. He tells him he only came back because he cannot finish what he started and he tells him to fuck himself and they get into a fight to the finish.

Eli is strangling Nucky and Nucky bites his hand. Eli is trying to go for his gun when Margaret puts the double-barrelled shotgun to Eli’s head and saves the day. She tells Eli to get out of the house. Eli leaves and Nucky tells Margaret in the future if she is going to use a gun make sure it is loaded.

Richard is still in the forest and his bad/missing eye is bleeding a man with a gun comes up to him and tells him to follow him. The man is the owner of the dog that stole his face mask. Richard sits down with the man and he offers him a drink. He tells him he made it himself and it is strong. Richard tells him he lives in Atlantic City. He invites Richard to eat with him. They suspect Richard was on a potential suicide mission.

Nucky meets with the Attorney General and he introduces him to Chip – the selected corrupt prosecutor. They are explaining to Nucky how they are going to help his problem. They are going to transfer his case and then the justice department is going to decided they will not follow up with the case. Nucky wants a guarantee and they cannot give it to him.

Richard tells the men he is going to go back to town. The man tells Richard that the woods are for hunting and fishing but not doing foolishness. They are for living – Richard agrees apparently cured for the moment of his suicidal impulse.

Eli is drunk and fixing something for his son in the shed – and his son Brian asks him if his throat still hurts. Someone knocks at the door and it is George. He sends Brian out so he can speak to George alone. George tells Eli that there is a rumour The Commodore had apoplexy and Eli tells him it is not true. Eli tells him he had breakfast with The Commodore that morning and George wants to go visit The Commodore. George tells him if the Commodore cannot protect them against Nucky they are in a precarious situation. George knows by how Eli is behaving weird and its true that The Comm is as good as dead – and he tells Eli he is out. George threatens to tell Nucky everything and Eli picks up a tool and hits George in the throat and then finishes killing him. Just to make sure George is dead he keeps hitting him with the wrench in the head. His son comes to the door and Eli tells him to go back to the house because he has a sore throat and he does not want him to catch it. We see the traitors are turning on each other like rats. Of course there are people like Jimmy and Richard who made of much stronger stuff than Eli and George.

Jimmy with his wife, he has told her his head was hit by a car door.  She asks him if he meant what he said at the ceremony.  He tells him he is here with her and his sons are in bed and no one is hungry or afraid  – what else is there?

He kisses her and someone knocks at the door.  It is Richard; she tells him she missed him at the Memorial dedication.  Richard asks to speak to Jimmy.

Jimmy asks him where he was today and he tells him he needed to get away – obviously Memorial Day is tough for him. Jimmy asks him if he is up for a job tonight. Richard does not reply and Jimmy asks if there was a problem. Richard asks if Jimmy would fight for him and Jimmy replies ‘Of course I would, right down to the last bullet.’  Richard replies ‘then lets go to work.’ Yikes!

Eli is drinking after murdering George.

The founding father who hit Jimmy is in his study is looking at a Sioux Indian beadwork. He is telling his servant what damn fools the savages were. Jimmy comes and tells the founding father he is going to teach him something. He holds him down and stuffs a cloth in his mouth while Richard scalps him alive – cutting off his scalp with a large knife.

Margaret after hearing a scream, meets one of the maids in the hall and Margaret tells her it has been a strange day. The maid heads back into her room and Owen is there. It was the servant screaming while she was making out with Owen. They continue with their physical love.

Eli brings another sheriff into his garage to help remove the body of George.
Nucky set up a party for The District Attorney and the Prosecutor with party girls and they are partying and drunk and fornicating while Nucky remains in his office, disgusted with them.

Show ends with Eli burying George out by a country road.

Love this show, my favorite, do you love it as much as I do.  Great characters, my favorite is Nucky!  Who is yours?