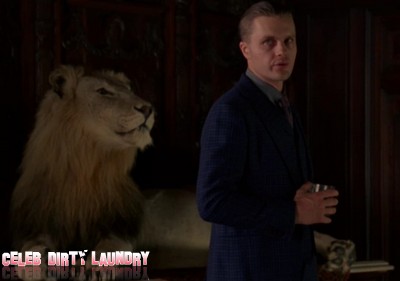 Tonight is the sixth episode of Boardwalk Empire called ‘The Age Of Reason.’  Eli questioned his alliances last week and tried to reconcile with brother Nucky but the only thing it did was too make Eli’s situation much worse.  Jimmy takes a gruesome revenge on one of The Commodore’s cronies.   If you missed last night’s episode read a official recap here!

Official synopsis: Nucky tries to set up a risky liquor delivery to Philadelphia. Later, Attorney General Daugherty sees a problem that might complicate Nucky’s case. Jimmy finds a new mentor in Leander Whitlock (Dominic Chianese) who is the Commodore’s lawyer. Margaret finally goes to confessional. Lucy continues to struggle with loneliness while Van Alden tries to settle his conscience.

Tonight’s recap:  Agent Val Alden is reading a book and Lucy Danzinger asks him to pick up something on his way home from work. She is really very pregnant and tells him she can’t stand being pregnant. He does not feel any sympathy for her. She tells him she wants to be done with the pregnancy.

Charles Thoroughgood is seeking a conviction against Nucky and the judge asks him what he is wearing. He has bright green shoes. He tells the judge that Nucky has violated the slave traffic laws – Mann Act – and wants the case transferred. He tells the judge that Nucky paid the women to have sex with men to rig the voting and he want the case transferred to the federal government. The judge tells him he is inclined to agree with him. Victory for Nucky!

Nucky is getting a shoe shine and tells the person doing it his nephew is making his first confession. The butler comes in and tells Nucky that George Remus is calling. He thanks Nucky for the favor – now Remus can buy the liquor and gets licenses whenever he wants. He asks Nucky if he know what Remus is doing – as he is getting ready to go swimming in his indoor pool. Nucky ask when he can get his finders’ fee. He tells Nucky what he hates is his nickel and diming. Nucky says George Remus can go fuck himself.

Margaret has noticed that Katie and Owen Slater are fooling around. Katie denies it and Margaret tells her not to be coy and gives her a tongue lash for her behaviour.

Agent Van Alden is at the hospital where he is visiting his agent who was burnt in the blast and it is horrible. They cannot figure out how he is still alive. The badly injured agent looks at Van Alden and tells him he sees him and he knows what he did. Van Alden leaves the room upset.

Nucky is meeting with and he is being assured they are safe from the Coast Guard. Waxy and his men are suppose to help them get to the border of New Jersey. Charlie tells them that for 20% they should bring it into them. Chalkie tells them they better get it right because he is taking no more chances.

Lucy is in labour and she sees a child outside her window and asks him to get his mom.

On the Boardwalk at Atlantic City Jimmy and his wife are walking. And Nucky walks out and Jimmy kisses his wife to avoid Nucky seeing him.

Margaret has noticed that Katie and Owen Slater are fooling around. Katie denies it and Margaret tells her not to be coy and gives her a tongue lashing for her behaviour.

Agent Van Alden is at the hospital where he is visiting his agent who was badly burnt in the still blast and it is horrible. They cannot figure out how he is still alive. Van Alden figures its God… . The badly injured agent looks at Van Alden and tells him he sees him and he knows what he did. Van Alden leaves the room upset.

Nucky is meeting with the hoods and he is being assured they are safe from the Coast Guard. Waxy and his men are suppose to help them get to the border of New Jersey. Charlie tells them that for 20% they should could it into them. Chalkie White tells them they better get it right because he is taking no more chances.

Lucy is in labour and she sees a child outside her window and asks him to get his mom – she needs help.

On the Boardwalk at Atlantic City Jimmy and his wife are walking. And Nucky walks out with Herman and Waxy and Jimmy kisses his wife to avoid Nucky seeing him.

Nucky and Margaret are in bed making out – having sex in fact. Margaret asks if Nucky finds her attractive. He tells her of course he does – they just made love.

Jimmy is reading the newspaper with his son and wife and the phone rings. It is for Jimmy it is the butcher Manny and he asks him what is he doing. He tells Manny he saw Chaim/Herman with Waxy and Nucky. The butcher asks if he is sure and he assures him that he is. The butcher was blaming Jimmy for the screwed up delivery but now he realized his own man Chaim/Herman has betrayed him.

Owen comes in and Margaret is sweeping because she spilled some corn flakes. He asks for Katie and Margaret tells him she took the children to the market. She asks if he toys with women… .

wen is a big flirt and is flirting with Margaret too.

Lucy Danzinger is brushing her hair as her labour continues.

The Senator tells Harry that he hears he is working with Charlie Forbes on Veteran affairs. He tells Harry that they know that he has a prosecutor that will look at Nucky favorably and if they appointed a tougher prosecutor the senator would not let it be known that Harry was trying to plunder the Veterans’ money. So now Harry is conflicted between helping Nucky and protecting his own interests – might Nucky get a tougher federal prosecutor… .

Jimmy is with Manny and he is in the butcher’s shop and Manny has Herman tied by his feet upside down in the cooler. Manny is upset because Herman has betrayed him and went to work with Waxy Gordon as a rat. Herman took money to spy on Herman. Jimmy asks Herman why is Waxy meeting with Nucky and he tells him for protection – the ship is coming in at 2AM at Hawk Island boat yard in Philly. Nucky needs Waxy for protection ut now Jimmy knows about the secret shipment of booze! Manny wants Jimmy to kill Herman but Jimmy does not want to. But Jimmy being Jimmy takes the knife and cuts his throat open. The blood pours out – Herman is dead.

The family is at church for Margaret’s son for his first confession.  Margaret goes in for her confession and tells him it is so long because of life and her children. She tells the Priest she has nothing to say.

She tells the Priest there is a man in her life and she knows he is bad but he is in her thoughts. He asks if the man provides for her and she says not. Yikes, she means Owen.

Nucky is pissed Harry is on the phone and tells him he cannot do what he promised. He tells Nucky he is being blackmailed. Nucky asks him to appoint a prosecutor he can work with.  The young prosecutor that was suppose to be appointed gets kicked out of the room he is in with two women by Mr. Kessler.

Lucy’s labor continues and it looks like she is giving birth in the room bed. We hear a baby cry and she has given birth by herself in the room.

Van Alden comes into the room of the burnt Agent from the Chapel and asks if he has spoken again. Van Alden says he has something he should tell to the man in the room. The burnt Agent starts to ramble again. The Nurse tells Van Alden he has been rambling to everyone who has come in. Van Alden changes his mind about confessing and tells them he has to leave even though the Agent does not have much longer.

Van Alden comes into the room and finds Lucy in the bed with the baby. He tells her he bought lemons. She tells him she did it all herself. She tells him the baby is a girl. Van Alden smiles and says he will get a Doctor.

In the forest Myer Lansky and Lucky Luciano are driving and there car goes off the road. It seems their tire blew. All of a sudden shots ring out and Myer and Lucky are being shot at. Jimmy yells out drop your weapons and no one gets hurt. Lucky identifies himself to Jimmy and he tells them to come out. Lucky wants to know how he knows he won’t shoot him and he assures Lucky he will not.

Jimmy asks him what is he doing – he tells Jimmy he is making a delivery. Lucky and Myer are the muscle for Waxy assisting Nucky! He tells him Chalky White is back in business. Myer Lansky puts his gun down and tells them that this could be an opportunity and they can work together. They had previously talked about working together and combining liquor with the heroin trade. Manny tells them they work with Waxy the piece of Crap and Jimmy tells Manny he cannot kill everyone. Jimmy tells Manny he will get an advance to placate him – and Lucky and Myer (of course!) agree – Jimmy and Myer agree to let the liquor delivery go on as planned and then they will meet back and discuss how to take it all over – to put both Nucky and Arnold Rothstein out of biz. Jimmy says Nucky’s and Rothstein’s time is over. The driver comes out and says that Waxy’s time is NOT over and Manny shoots him. Lucky and Myer take the delivery on.

Van Alden brings the Doctor to see Lucy. Van Alden goes into the room and the Doctor is holding the baby and his wife Rose is there and she tells Van Alden Lucy has a fever. Van Alden tells his wife he did it for her, the child is for her. His wife fights him and bites him and leaves. She ain’t buying and she ain’t turning her other cheek!

Margaret’s son and the rest of the family are having pictures taken – family pic time to commemorate son’s first confession – and Nucky is with Margaret and he asks if her soul is pure and she tells him yes and he asks what she confessed. She tells him nothing that need concern him.

That is it for tonight!  Hope you enjoyed it as much as we did.  Please forgive us any errors!!  But please do drop us a note so we can correct :-)