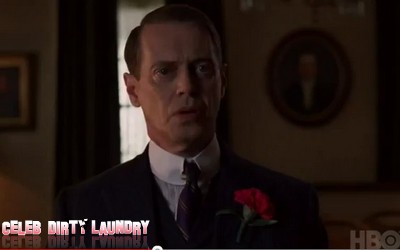 HBO will be back with the Eighth episode of Boardwalk Empire next week and it is called ‘Two Boats and a Lifeguard.’  Last night’s episode was really exciting and a lot happened.  Nucky’s brother Eli showed us once again what a horrible person he is.  He supported the idea to have Nucky killed and get rid of him once and for all.  Even Jimmy had mixed feelings about killing Nucky. Margaret went to Brooklyn to meet her family from Ireland but the reunion was not all that she hoped for.  Owen brutally kills a traitor and later has a surprising romantic conquest.  If you missed the episode you can read our official recap here!

Two Boats and a Lifeguard Synopsis: Nucky turns to Arnold Rothstein for political advice in the aftermath of a personal loss, but Eli remains unsure of his brother’s motives. Meanwhile, Angela makes a new acquaintance on the beach and learns more about her husband’s business methods; Owen mulls an opportunity to go home; and Jimmy’s power play makes life tough for Mickey Doyle.

The preview opens with Prosecutor Esther Randolph saying to Nucky, “They are trying to kill you Mr. Thompson.”  To which Nucky replies “So go after them.”  In last night’s episode the assassin that was hired to kill Nucky failed and he was saved by a Federal agent.   I guess poor Nucky is going to have to thank Esther for saving his life.   Next Jimmy is in the preview saying, “It’s a new day, to the victors go the spoils.”   One thing is clear from the preview Nucky is not giving in.   He says at one point, “I should bow down to these greedy bastards because they want what I have?”   All this and more is  in the preview below.