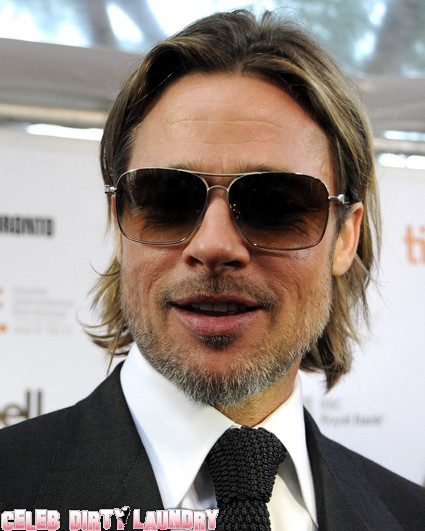 Brad Pitt kicked Jennifer Aniston to the curb in 2005 after being married to her for four years and took up with Angelina Jolie.  Brad has not said much about his marriage to Jennifer but now that has all changed.  Brad speaking to Parade magazine let a few tidbits drop.  He basically said that while he was married to Jennifer his life was pathetic.  Ouch, not nice, I’m not a fan of Jennifer but I felt bad for her when I read what Brad said.

Radaronline has more: “I spent the ’90s trying to hide out, trying to duck the full celebrity cacophony.  I started to get sick of myself sitting on a couch, holding a joint, hiding out. It started feeling pathetic.  It became very clear to me that I was intent on trying to find a movie about an interesting life, but I wasn’t living an interesting life myself,” Pitt said of the decade, in which he drew moviegoers to theaters with films such as Se7en, Seven Years in Tibet, Meet Joe Black and Fight Club. And then Brad dropped the bomb…  “I think that my marriage [to actress Jennifer Aniston] had something to do with it. Trying to pretend the marriage was something that it wasn’t.”

He went on to say he is happier with Angelina Jolie and their children.  Okay I felt sorry for Jennifer for about one second and then I remembered when they split up and for years after she bitched and complained every opportunity she got.  So I guess payback is a bitch Jennifer…… boo hoo….