Brad Pitt Ponies Up For Pet Ponies And A Horse 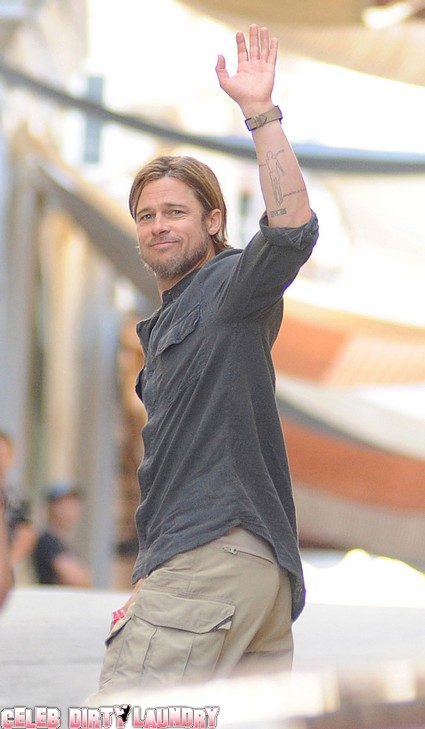 Brad Pitt is the doting dad and the attentive ‘husband’ at least where pets are concerned.  Brad has bought Shetland ponies for all of his children and a horse for Angelina Jolie.

The ponies are currently enjoying the lovely surroundings and care provided at Brad and Jolie’s luxurious Chateau in the South of France.

Brad purchased the pretty ponies so that his children can learn the essential 21st century skill of horseback riding – you never know, perhaps one of the little Jolie-Pitt kids will want to join the Royal Canadian Mounted Police.

Brad and Angelina can already ride, but he decided that their kids – Vivienne, Knox, Shiloh, Zahara, Pax and Maddox should also know how to pilot a pony.

A source close to Brad says: “Brad ummed and ahhed about it for a while but decided to go for it. He wasn’t sure whether they’d find the time as training the children will take a lot of man-hours but thinks it will be worth it in the long run. He thinks it’s best for them to learn how to ride while they’re young.”

The source added, “Their place is huge. They have loads of fields all around the property. Their driveway is three miles long and lined with impressive fountains. They’ve got a new pool with slides as well now.”

Its good to see that Hollywood superstars can still make a living without resorting to TV acting.