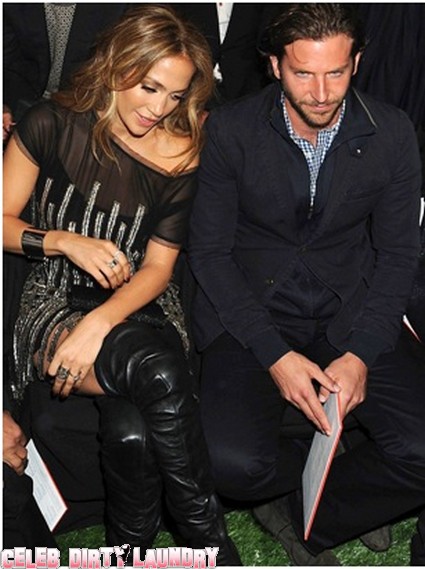 Remember the last time Jennifer Lopez had an affair with someone of equal hotness? It was back in 2003 when she embarked on a very public romance with Ben Affleck. The two were an ideal Hollywood match that spawned the tabloid sensation known as “Bennifer” (TomKat and Robsten weren’t even relationship zygotes back then).  Yet despite a now iconic $1 Million pink engagement ring, their bloated liaison slowly deflated.

Now it seems that the public is getting another glimpse at a Hollywood affair J-Lo Style. The celebrity gossip world is spinning off its hinges with news that Bradley Cooper, aka Hollywood’s newest it boy with a dash of talent, enjoyed a lengthy romantic dinner at a popular NY eatery with La Lopez herself. The $275 a person restaurant is known for its romantic atmosphere.  Since Cooper’s  recently ended a relationship with  Renee Zellweger (which no one cared about), the time has come for him to engage in a full out tinsel town affair.

Reps for the two are claiming that the sultry dinner date was merely  for them to discuss an upcoming film. Hopefully, for his sake, he’s just wine and dinning her and not costarring in one of her films. Which brings about the second question, when was the last time Lopez made a decent movie? Whirlwind affairs are what she does best.