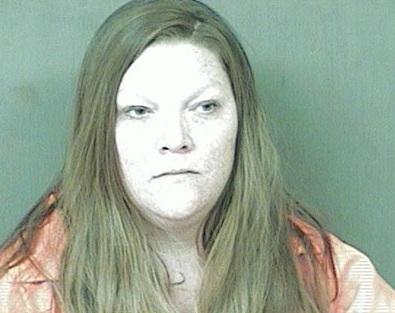 NFL star quarterback, Brett Favre, of recent sexual harassment fame, now has a 34-year-old sister, Brandi Favre, in the news – and it isn’t pretty – she was busted January 12, when cops broke up a methamphetamine lab hidden in a condo in an upscale neighborhood in Diamondhead, Mississippi.

Brandi Favre was among 5 suspects rounded up on the scene and according to WLOX, the perps were then taken to a local medical center for decontamination before being locked up.

Police told WLOX TV, “We discovered the full lab in the bathroom; it was still cooking. I think we collected pretty close to ten grams of finished product, which, that’s a lot of meth.”

Authorities have released the mug shot of Brett Favre’s younger sister taken right after she was arrested in the meth bust.

It’s not the first time Brandi’s been in trouble with the law – she’s been arrested for shoplifting and unlawful use of a weapon.

The Favre’s are shaping up as one wholesome family – NOT!