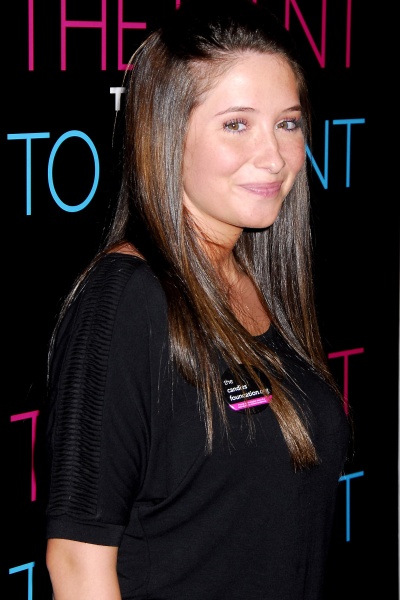 Bristol Palin has snagged a new dude and he an honest-to-goodness 20-year-old- Alaska pipeline worker and she is excited about this.  When asked on KWHL’s ‘The Bob Mark Show’ Friday if she and the new stud are an item as rumored, she replied, “Are you guys getting personal with me, really?”

The hosts on the Anchorage-based show pushed her to just admit she has a new boyfriend, helpfully suggesting that she simply say, “Yeah, you know what, I’m seeing a guy and he’s really great and Tripp loves him and we’re having a really good time and we’re really good friends.”

Palin, also 20, responded with a chuckle, “Yeah, we can go with that. I’m thrilled. I love the town that I live in. I love my house -Tripp’s happy – he’s healthy.”

The house is a nice 5-bedroom in Maricopa, Arizona that she recently purchased for $172,000 and for which she “wrote a check,” she says.  The celebrity added “It was cool. It made Dancing with the Stars worth it, for sure.”

Palin, who claims to have ended her relationship with Levi Johnston, the father of her son Tripp, also acknowledged she has tried everything possible to change Tripp’s surname from Johnston to Palin.  The starlet said: “Yeah, I’ve asked Levi to do it many different times, just get it out of the way, just sign over his parental rights, but I don’t know if he will or if he wants to right now,” she said.

Palin, now that her tour on TV has made her rich says she’s willing to live without his child-support contributions if he’ll sign over parental rights. “Yeah, of course, I’ve asked him to do that many times – just say, ‘Hey, look, let’s just avoid this custody case that’s been ongoing since Tripp was born just get it over with just sign over your rights.’ “

Bristol added that she tried telling Levi that “‘He’s always going to be your son, you can see him whenever you want to,’ but he just doesn’t want to sign him over because it looks bad on paper.”  Does anybody believe that Levi trusts Bristol?  He fears that any rights he might have now will vanish if he is crazy enough to sign them over legally to the Palins.

Bristol provided a taste of her venomous attitude towards Levi by then going on to bad-mouth the father of her son in the press – when asked how often Levi sees Tripp, she said, “Since Dancing With the Stars he’s seen him, at the most, three times.” And not for whole weekends, she claims. “It’s like four hours I think. It’s unfortunate for Tripp.”

Tell me – how much time did Bistol spend with her little son when she was busy being a celebrity on ‘Dancing With The Stars?’  What is unfortunate for little Tripp is that he has two selfish irresponsible people for parents – he definitely does not come first in either of their lives.