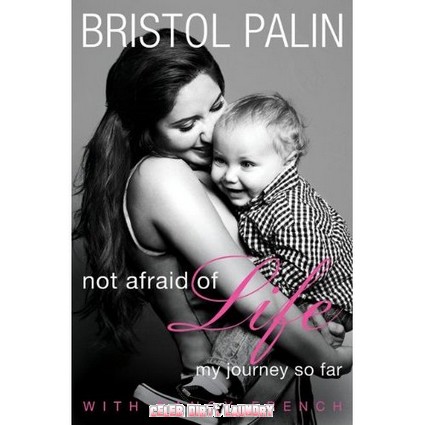 Twenty-year-old Bristol Palin, daughter of former Governor of Alaska Sarah Palin, is set to release her memoir next week (what can you possible say at the ripe old age of 20?).  The book, Not Afraid of Life: My Journey So Far is at times quite shocking, according The Associated Press, who purchased an advanced copy.

One such shocking revelation is that when Bristol lost her virginity to then boyfriend (and baby daddy) Levi Johnston.  She reveals that after sipping on several wine coolers, her and Levi ‘did the deed’, only to wake up in the morning with no recollection of it only to overhear Levi (aka. Doochbag) talking about it with friends.  Somehow, this does not surprise me.

Bristol also talks about how Levi constantly cheated on her, “as frequent as he sharpened his hockey skates.” And this is the father of her 2-year-old son?  How unfortunate.

Despite all her problems with Levi (by problems I mean nightmares), Bristol is quick to say how supportive her parents were after informing them she was pregnant.  Well what would you do if you’re daughter’s baby daddy was Levi Johnston?  Worse, how would you react when you hear he posed nude for Playgirl?  Bristol’s response, “Puke!” Well said.

I’ll give the book a go.  Levi’s for that matter – Deer in the Headlights: My Life in Sarah Palin’s Crosshairs, hits stores this fall.  I’ll pass on that one thanks.