Britney Spears And Jason Trawick Trying For A Baby – Say It Ain’t So! 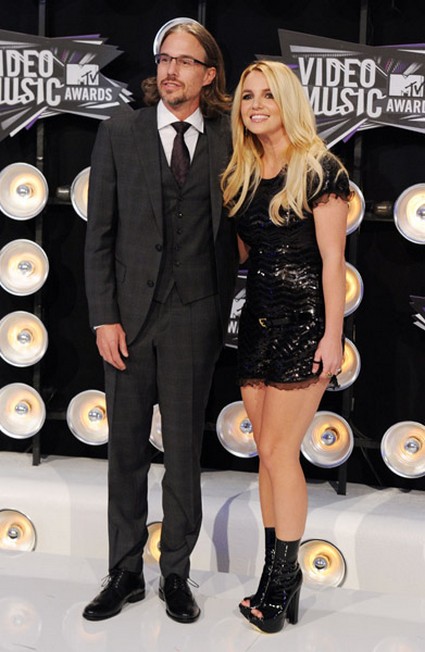 As hard as it is to believe Britney Spears and fiancé Jason Trawick are apparently trying for a baby.  How can Britney be under conservatorship, which renders her pretty much like a child legally, but seriously be planning to have another child? Is there nothing in Hollywood that makes any sense?

Following Beyoncé’s pregnancy announcement at the MTV Video Music Awards this weekend, it seems fellow pop star Britney will soon be revealing baby news of her own.

Unstable Britney already has two children from her marriage to Kevin Federline and is supposedly going to try to get pregnant with boyfriend Jason Trawick – but only after her current tour concludes in November. After all its business before pleasure for Britney – or at least for her controlling dad and legal team.

Britney lost custody of her two sons, Sean and Jayden, after her very public meltdown in 2007.

Shouldn’t Britney at least be out of legal conservatorship BEFORE she thinks about having another child? A judge recently ruled that Britney is not competent top testify on her own behalf in court – so obviously its premature for her to have more children.