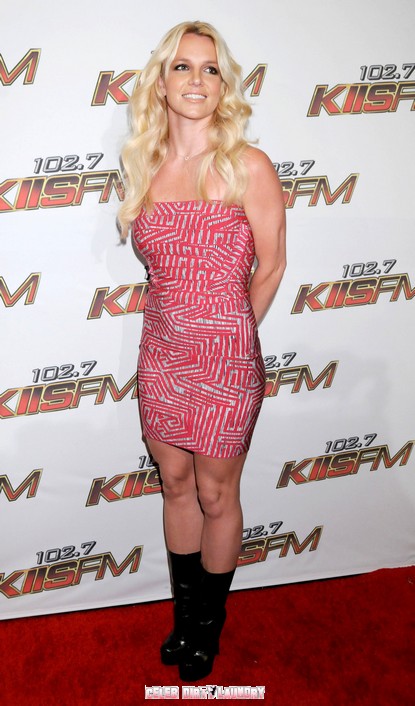 Britney Spears is not a free adult – and in this particular case it appears to be to her benefit.  Sam Lutfi had filed a motion in the ongoing dispute seeking an independent psychiatric exam of Britney because her conservators have refused to let the pop star be deposed.

Britney Spears former manager Sam Lutfi has been dealt a huge setback in his lawsuit against the singer and her parents for breach of contract, defamation, and libel.

According to a letter from Britney’s powerhouse attorney, Joel Boxer, filed in court documents, the judge handling Britney’s conservatorship made a ruling that Spears isn’t allowed to be deposed or appear at the trial for testimony, no matter what.

The letter states: “While I am of course willing to engage in further dialogue with you concerning this topic, the record is clear: Plaintiff noticed Ms. Spears deposition, pursuant to the order of April 27, 2011 issued by Judge Goetz, the Co-Conservators may not produce her (Britney Spears) for deposition or trial testimony in the Lutfi litigation.”

The issue of whether or not Spears will have to be evaluated by an independent psychiatrist hasn’t been resolved yet.

Spears’ Dads lawyers have filed formal opposition to the exam, and legal docs state: “Based on the findings of Judge Goetz – grounded in three years of supervision over the Conservatorship and the Conservatee as well as the recent report from an expert selected by the Court the Co-Conservators respectfully submit that Plaintiff’s motion for an IME (independent medical exam) of Ms. Spears should be denied.”

Britney Spears Is Thinking About Getting Married!

In addition, Boxer wants the court to impose sanctions on Lutfi and award attorney’s fees to the conservatorship of $9300.    A hearing is set for June 15, 2011 to determine if Britney will have to undergo the mental health exam, and to determine the sanctions being sought against Lutfi.

The whole deal is ridiculous, corrupt, and unfair  Britney is well enough to do world tours, appear on TV, come out with new albums.  Yet she is not able to testify in court because she is too unstable!

What has she become under this conservatorship , a trained money-making animal?