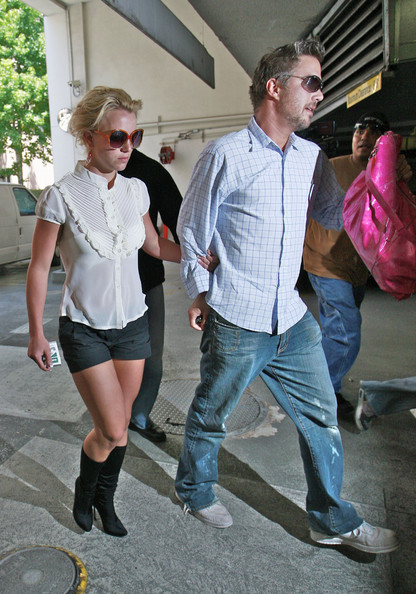 Britney Spears is secretly engaged to her longtime boyfriend Jason Trawick, according to a British report.  The pop superstar has been dating Trawick for two years, and has expressed her desire to set up home with her beau, who recently relinquished his role as her agent so they could concentrate on their relationship.

Spears’ rep shot down rumours the pair was engaged in April after the singer appeared to be sporting a diamond ring on her wedding finger, but the couple is secretly preparing to wed, according to Britain’s The Sun.  The publication reports that Trawick proposed by writing a romantic poem and filling their Los Angeles home with candles and roses.

A source tells the newspaper, “Britney’s desperate to settle down again and have more children. But she is very traditional and didn’t want to start a family with Jason until they’d tied the knot. She’s on cloud nine.” The Sun adds that they are planning a small wedding in Hawaii later this year.

Spears has already walked down the aisle twice – she surprised fans by marrying her childhood pal Jason Alexander in 2004, and then annulling the union 55 hours later. She then wed Kevin Federline later that year, before they split two years later. The pair has two sons.

How can Britney get engaged and married while she is still under conservatorship? Does she need the conservators’ consent?