Britney Spears And Jason Trawick: “Yes, We Are Engaged!” 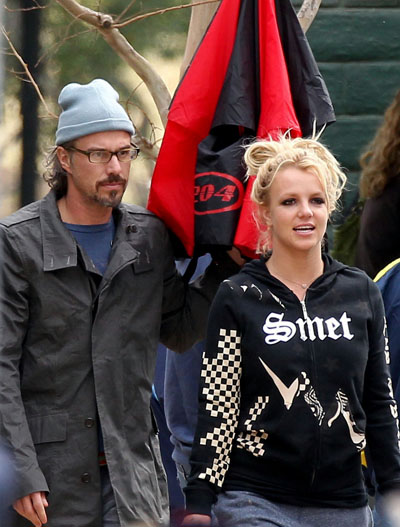 Congratulations to our favorite pop star, Britney Spears! According to US Magazine, Britney’s boyfriend, Jason Trawick, proposed to her last night during a romantic dinner in Las Vegas, where the couple was celebrating his 40th birthday.

Jason confirmed the news to Access Hollywood, saying: “Yes, we are engaged,” adding that he and his wife-to-be are “over the moon.”

Britney also expressed her excitement on her Twitter account: “OMG. Last night Jason surprised me with the one gift I’ve been waiting for. Can’t wait to show you! SO SO SO excited!!!! Xxo.”

The couple first met in 2006, while Britney was still married to her second husband, Kevin Federline. At that time, Jason and Britney’s relationship was strictly professional, as Jason worked as her agent at William Morris Endeavor. However, throughout Britney’s divorce and her breakdown in 2008, Jason was reportedly one of the few people to stick by her side, and their friendship later developed into something romantic around 2009.

“This is something they’ve both wanted for a long time,” said a source to Us. “It’s a way to cement their family. They’re both extremely happy and can’t wait to become man and wife.”

Jason also seems like he would be a great step-dad to Britney’s two young sons, whom he is frequently seen spending time with, (sometimes in matching outfits.)

And although it seems like the wedding could be a ways off, we can’t wait to see Britney to walk down the aisle again! Congrats you two!