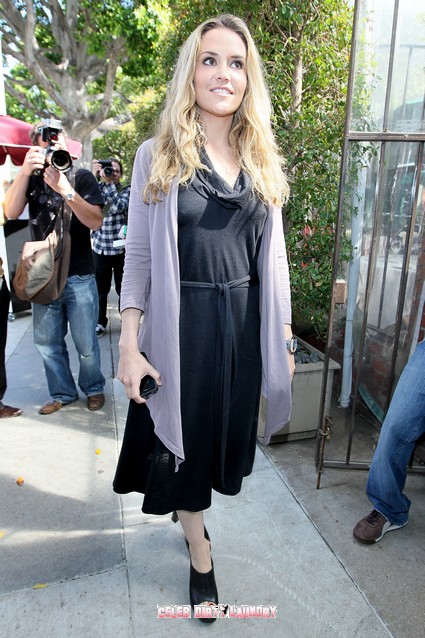 Charlie Sheen‘s ex-wife Brooke Mueller has finally made it into a domestic USA rehab after 2 failed attempts to get to a Mexican center.

Mueller had planned on going to Mexico to get treatment with the controversial drug Ibogaine – designed to stop cravings for illegal drugs. Ibogaine is classified as a hallucinogen, and it’s illegal in the U.S.

Brooke had supposedly tried to get to Mexico twice this past week – the first time she managed to get into a fight with an United Airlines flight attendant and exited the plane before it left the gate – the second time she somehow forget her passport… obviously she didn’t want to go.

Sources close to Mueller say: “She was convinced that was a sign to not go to Mexico. Brooke was aware that Ibogaine is a very dangerous drug to take, and could potentially do more harm than good for her.”

So, instead, the former Mrs. Charlie Sheen, and mother of his twin boys, Bob and Max, entered an undisclosed inpatient residential treatment facility within the last 72 hours in the U.S.  “This was a very big step for Brooke to take,” the source says.

“Brooke has resisted entering a residential facility because she didn’t want to be away from her sons. Brooke did complete several outpatient programs in the past six months, but she would quickly relapse. Brooke finally realized she had to check in for intense treatment.”

What nonsense – Brooke resisted entering a really serious in-patient facility because she was afraid to lose access to her drug supply. Trying to use her devotion to her sons is just another deception on the part of Brooke the junkie.