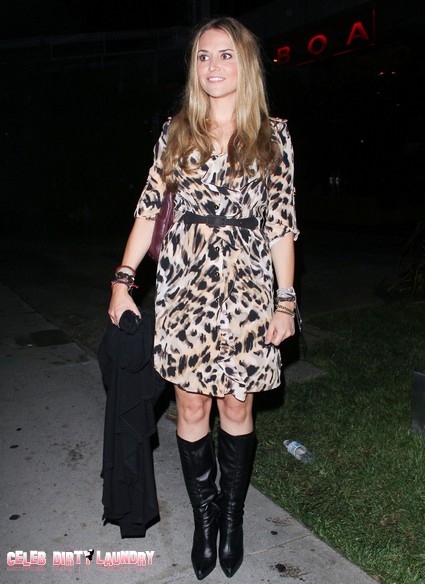 Brooke Mueller was arrested and charged with assault and intent to distribute drugs after being found in possession of a substantial quantity of cocaine on Friday. Now Brooke has been ordered by medical professionals treating her case to enter rehab for ‘at least nine months’ or else face a bleak future that could see her die from a drug or alcohol overdose – like so many others unable to get their addictions under control. Amy Winehouse comes immediately to mind. Brooke is so addicted to drugs and alcohol that anything less than nine months in intensive in-patient therapy would be a ‘total waste’ according to experts.

A source close to Brooke – who has battled addictions to booze and drugs for much of her adult life – told RadarOnline.com: “Brooke has done rehab on her terms in the past. 30 days isn’t enough for an addict like Brooke.”

“Brooke just can’t get in control of her disease, and if she doesn’t finally surrender to it, and listen to what her family, and medical professionals are telling her to do, she could die.  Brooke is calling the shots, and not listening to her family, or medical professionals that are telling her she needs to be at an in-patient facility for at least nine months, and not as a day patient, as she has done in the past.”

“Anything less than nine months is a disservice to Brooke, and frankly, is a total waste.”

The insider added: “Brooke is simply powerless to her addiction right now. It’s a disease and it’s very much in control of her right now.”

Brooke shares custody of her two-year-old twins, Bob and Max, with Charlie Sheen – but she is said to be reluctant to enter rehab because she doesn’t want to be away from her sons. This is total bullshit – Brooke doesn’t want to quit using – plain and simple. If her concern was for her children she would run to rehab and get straight. What use is she as a mother in her current addicted state?