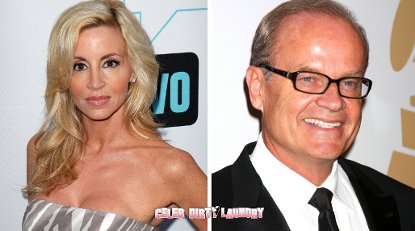 Camille Grammer, the ex-wife of comedian Kelsey Grammer, has just filed for custody of her two children. As outlined by sources gathered by TMZ, Camille claims that Kelsey only wants his six-year-old son Jude to come live with him and not his nine-year-old daughter, Mason. Of course, Kelsey and his legal team say this just isn’t true. Actually, they say it’s “100% not true.” They seem pretty certain.

When will it all end? Hopefully never. What more could Celeb Dirty Laundry ask for?