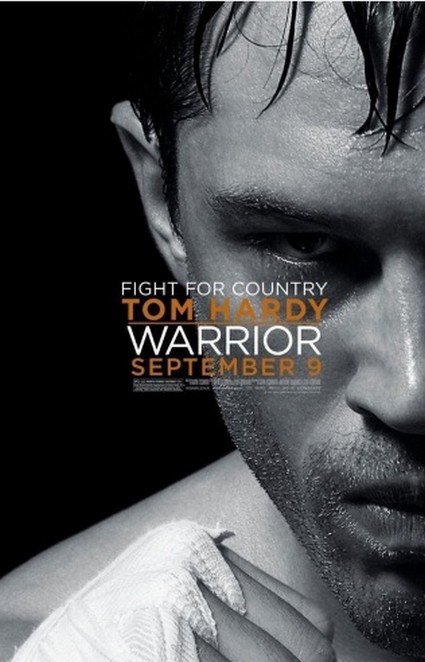 Alliance Film‘s WARRIOR will be hitting  theaters September 9th, 2011 and we have a Canadian Exclusive second trailer from the film.   The film stars Tom Hardy, Joel Edgerton and Nick Nolte and is directed by Gavin O’Connor.

The movie is about an ex-Marine who is haunted by a tragic past, Tommy (Tom Hardy) returns to his hometown of Pittsburgh and enlists his father (Nick Nolte), a recovered alcoholic and his former coach, to train him for an MMA tournament awarding the biggest purse in the history of the sport.  As Tommy blazes a violent path towards the title prize, his brother, Brendan (Joel Edgerton), a former MMA fighter unable to make ends meet as a public school teacher, returns to the amateur ring to provide for his family. Even though years have passed, recriminations and past betrayals keep Brendan bitterly estranged from both Tommy and his father.

But when Brendan’s unlikely rise as an underdog sets him on a collision course with Tommy, the two brothers must finally confront the forces that tore them apart, all the while waging the most intense, winner-takes-all battle of their lives.

The movie is will not be released until September 9th, 2011 but an early cut was shown at CinemaCon and early reviews are saying it is absolutely incredible.  Take a look at the trailer below and I am sure you will agree it is a not to be missed film.  Let us know what you think of the trailer in comments below!