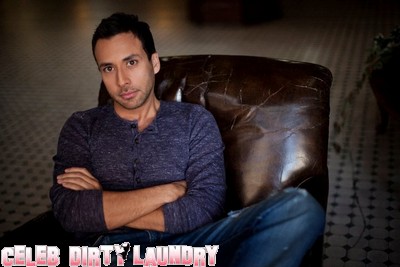 We recently caught up with one-quarter of the Backstreet Boy’s Howie D (Howie Dorough) for an exclusive interview. Howie is one of the original members of The Backstreet Boys who sold over 100 million records worldwide, have had many top ten singles, awards and still maintain a loyal fan base.  With just over a month until the release of Howie’s first solo album Back to Me, we talked to Howie about his new album.

Of all the interviews I have done here at Celeb Dirty Laundry speaking to Howie ranks right at the very top.  Howie’s warm intelligence  immediately put me at ease and he honestly and thoroughly answered my questions.  Howie understood what was important to readers as  his revealing and candid communication made clear.

After two decades of being in a boy band with Backstreet Boys, what motivated you to put your solo album out now, why now?

Howie: Well, when we started over 18 years ago we all came from solo backgrounds. We always knew down the line, that when the timing was right and when the fans wanted it from us we would definitely try and get out there and work on some individual projects.  I think we always knew that the Backstreet Boys came first, but we never wanted to hold each other back, from spreading our wings.  I think we all really do believe that the stronger we are individually, the stronger we are going to be able to bring to the table for the group.

I started working on this record about 5 years ago,  after  getting a lot of request from the fans to get to know me personally, my voice, and my style of music, and initially I started off in a different direction.   It kinda went off, I thought I was going to try to venture outside of the box and do something totally different from The Backstreet Boys.  I wanted to explore my Latin roots, since my mother’s Puerto Rican.  I  initially started 5 years ago, this is when we were on a little bit of a break and then we started getting into several tours and I was working on it during my down time in between each leg of the album cycle and the touring cycle.  The more and more I went back to it, the more and more I felt that since I did not grow up speaking and singing Spanish that I should not do a Spanish album.  Of course I could do the album in Spanish but when I toured in Latin countries I would not be able to speak Spanish fluently.  I did not want to do interviews in Latin countries and not be able to speak fluently and have people ask why did you record in Spanish.

So I decided to do something that felt a little more  natural and not stray too far away from the mold. But obviously I wanted to create my own identity.  This way I feel like I was able to make a record that would appeal to everyone   I started working on this record really heavily in the past year and it kinda evolved.  It went a little more into the pop you know Euro kind of a dance feel.  The timing just felt right, for me the timing felt right, I feel like I didn’t rush it.  I feel like the fans really want it and I am the fourth BSB to do it.  After three of my other partners have done it I have had a chance to see what they did right and wrong. It’s now my time to step up to the plate and you know shine a bit on my own.

Were you nervous about doing a solo album without the support of the BSB?

Absolutely, When you step outside the box of your comfort zone and you know my comfort zone has been with the Backstreet Boys for 18 years,  so I can definitely admit that it’s been a little nerve-racking to try to venture out there.   I did definitely feel  nervous because I didn’t have my partners backing me up singing wise.

I hope I can deliver what people are wanting.  You hope they are excited to hear me instead of wishing like oh wow, he should definitely go back to what he does best.   I  hope this will be the start of many more solo records coming down the line.

Is new album 100% your vocals and was it a challenge?

Yes, this record is 100 percent all my vocals.  The album was a good challenge that I was ready for.  In the past I’ve always written and recorded demos for the group, where I’ve had strictly my vocals on it and presented it for possible BSB songs.  So it wasn’t that far from the whole kinda process but this time I was able to get really creative and do exactly what I thought was best for me.  Obviously when you are in a group you sometimes have to fit the boundaries and the mold of what the group sound is. This one I was able to totally experiment,  get out there and even do a little more dance music then the backstreet boys would have done.  I’m a big fan of of the great songs out there  by Black Eyed Peas, and  David Ghetto, Taio Cruz, and Usher, all of these up tempo euro kind of dance songs. That make you just want to get up and shake it. I was going to do that and at the same time, still give my fans my signature sound that they know.  My Backstreet Boys songs that were in the mid tempos and ballads, sultry songs.

Did you collaborate with anybody on the album?

I was very blessed; to be able to reach out to work with great great writers.  I also wrote with one of my partners from the group, Nick Carter.  We wrote a song called “back to me”  which we initially presented for the last Backstreet Boys record and when it was all said it done it didn’t exactly fit the record.  I held onto it and I told Nick that when I did my solo record I would love to put this on it.  Japan as requested a couple of songs I did do about five years ago, and one of those songs was with a song I collaborated on.   I actually wrote with was Jon Secada.

Is there a solo tour in your future?

Absolutely, absolutely.  I’ll be up in Canada the week of the album release.  The release got pushed up, it’s now November 15.  So I will definitely be up there doing some promotion at that time.   And there’s already been some talk about maybe turning to doing some shows before the end of the year.

What’s next for Howie D?

I would love to continue pursuing my acting, the acting can be a little bit of a side thing I can do for fun. And I can do hopefully as much as I can do in music. I’m actually starting to wear another hat, I am managing other artist.  I’m very proud to have a couple of Canadian artists that I manage.  I have a managing company with a friend of mine name C.J. Hire, who used to be in a group called 3deep and we have a management company called 3street.  One of our first artist was a gentlemen named George, and he came out about 5 years ago and he did really well in Canada. Our latest artist is a band called Neverest.  I am very proud to be working with them.  They are a four piece band,  they sing, play their own instruments and write their own music.They are kind of a cross between Backstreet Boys meets One Republic.   I love doing all types of entertainment, whether it’s acting, managing, writing, producing, you know doing it myself doing it with the Backstreet Boys. I just uh I can’t get enough of it!

I just want to say Thank you, for all the love and support from all my fans.  I definitely owe all my success to my fans.   I hope my fans enjoy this musical journey that I am going to take them on with my album. And I hope they enjoy it as much as I enjoyed making it.

Back To Me will be released in the U.S. on November 15th. For more info on Howie, check out his official site, Facebook, and Twitter.  Back to Me Tracklisting: Back To Me; Going Going Gone; Dominos; Shatterproof; Lie To Me; Over My Head; Pure; Sleepwalking; Stay; This Is Just What I Needed; Way To Your Heart.

Check out the video of Howie’s song 100 below !