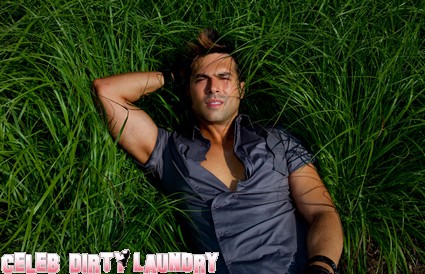 Last week, Celeb Dirty Laundry was fortunate to have the opportunity to interview Keo Nozari.  Keo is a Top 20 Billboard charting  pop singer-songwriter / producer and a well-established New York City DJ.  His debut album was Late Night VIP and it was both a critical acclaim and commercial success.  His singing style was compared to a young George Michael by Billboard.  The third single from the album “Rewind” landed on Billboard Dance Club Play Chart, hitting the Top 20.

His new album Love Boutique was released March 15th, 2011 to positive reviews.  We are giving three digital copies to three lucky winners.  To enter go HERE!  Keo is someone to watch he is young, enthusiastic and a talented entertainer who can do it all.  Check out the video below of his Skeet Skeet remix (Skeet Skeet is the DJ on the Katy Perry California Dreams tour)

In our interview with Keo we spoke about his music, what we can expect from Love Boutique and his role on Sex and the City.

Would you like to tell us how you first got started performing and dj’ing?
Well, performing-wise, I was still in school and somehow I managed for my very first gig to perform at the old CBGB.  Ok, so yeah… near the end of the run, I just was really lucky but it was also really intimidating because, it’s like, your first public performance… (laughter). But it worked really well and, hmm, very excited, and basically from that I got bumped into Virgin Megastore…. That was really exciting, and this was before I even had an album out. I was working on an album at the time, my first one, you know you don’t always get a sense of what your album sounds like while you’re working on it in the studio, so I really wanted to get to hear how it would sound and how the crowd would react to it. So, I was recording in Brooklyn and my friend was throwing a party down the street in Brooklyn and he asked me if I knew any DJ’s. I said of course, I’m a DJ, I’d love to DJ you, ha-ha. I didn’t really have any DJ experience. So luckily the studio I was working out of… I practiced there, and so 2 weeks later when I had to dj the guy, I had practiced so I wasn’t really awful, ha-ha. But it went really well, it was a good experience even though I was nervous. And then from there, you know, some friends were throwing other parties in Manhattan, and so it kind of grew from there.

So you kind of happened onto it, and you grow on it, and it grew on you. In March you released an album, Love Boutique. Would you care to tell us a little about it?
Yes, it was interesting to go from the first album, which was Late Night VIP, to the second one, because I just felt so much more confident the second time around than the first time. I technically had gone more forward into technology; I think there’s only so much they can teach you about pop music production. A lot of it just has to be from experience. I really wanted to trade something that had a lot of diversity and variety because I find that very appealing, even in my sets. I just find that a modern audience loves variety… I think probably largely due to the fact that they have IPods and they, in a sense, become their own DJ’s and have shorter attention spans. I kind of wanted to do something with a lot of variety to it. So I sort of envisioned, you know when you first start recording you’re not really sure what the titles are gonna be or what the cost is gonna be, but half-way through, Love Boutique, is this amazing music store where you can go and try on all these different…

What was it like having a part in Sex in The City 2?
Oh my God! It was really thrilling to be honest with you. I was such a fan of the show. The particular phase that I was there was when they had their big wedding scheme. It could not have been more perfect because everyone of the lad actresses and the respective voices of the show were there on those days. It was super exciting to be part of that .And as a New Yorker especially, you know it’s a love affair with New York, its attitude, you know to be a part of that…

Did you get to interact very much with Sarah Jessica Parker?
There was a couple of funny moments that I had actually. There was one thing that I had to cross in front of her and mr. big. It was a really awkward cross because I had to cross over this tiny bridge. Everyone was heading to the dance but that day was very slippery. There was also this huge broom or rather crane with a camera on it, and I had to move really fast or it clipped the top of my head. Funny, I moved really fast but it unintentionally cut stuff up because it moved really fast. At one point, I think it was the 5th take that we tried to this, and she was like, “Can I see the cute young men that crosses…”… I was very flustered because I’m such a fan her’s. It was so sweet, she was like:” I think it’s the directing’s fault for having you cross early, would you mind just waiting a beat to make the cross…”. That was great, it like oh my god, there’s SJP talking to me. But the other cute little moment was, we were doing a scene where they’re all speaking to each other at the wedding. Kristin Davis wore this HUGE ball gown, HUGE TRAIL… And next to her, were the twins, and with the child laws they’re only allowed to work a certain amount of hours per day. They were doing a really wide shot, and they filled in the place holder, they had a wire hanger with a dress on it, a small dress that the girl would wear for the slap shot, and the crew was removing the tape from the ground, because they had taped the show where they need to stand, and they were doing this overhead shot. One of them climbs over her dress trying to remove the tape from under her dress, and (laughter), she’s understandably upset, she’s like:” I have a wire hanger daughter and you’re worried about the tape underneath my dress:. That was so cute and we all laughed about it.

Who, if anyone, you would you like to collaborate with.
Oh, wow. There’s a new artist named Kay, I really love her. She’s going to… I think her album’s coming out in the fall. Her album’s already starting to circulate. Of course the classics, Madonna…

Allright. You know it’s your wish list. Madonna… why Madonna?
She has so many amazing qualities, but the fact that she has continued to create hits for so long.  She continues to be such an intriguing and evolving person, you know… And a guy named Craig Korstin.  He’s done work for tons of people but he also has his own group called Bird and the Bee.

What do you see as sort of your next thrust professionally?
Well, we just launched the single in the UK a couple of weeks ago and it’s been really well received so I’m really excited by the prospect of going to Europe and exploring, I lived in London…  London has a special place in my heart. So that’s really exciting, and then we’re going to be doing a couple of videos in the next couple of months, I’m really looking forward to that, and then start to tour in the fall.

Where are you planning to tour? Is that sort of lined up now?
Right now, one in Vegas, Ft. Lauderdale, and the some universities in the UK.

Let me ask you something, who is your favourite performing female artist? If you had to go to a concert, hear somebody anybody you wanted, and just listen or relax to, who would it be?
You know I mentioned Madonna…  But you know Kylie Minogue, privately, I’ve heard her for a long time but she just brought her tour to the US, and she was in NY 4 months ago or so, her pop show is the most stunning pop show I’ve ever seen, it’s SO well done. Her theme was Aphrodite, so they really branded in a natural way.

And what about male artists?
Gosh, there’s so many. Well of course, there’s George Michael. He’s an inspiration of mine. There’s a new group called Graffiti6.

What is something you want to tell your fans and prospective fans, I mean apart from what you do in your art, naturally that is your fundamental communication, I respect that, I mean if you wanted to actually use words to tell them something in a textual sense that ill appear in our article about you.
I guess one of the themes of the album and about me, is the idea of self acceptance, and loving yourself and standing up for yourself.  I  kind of think I said that. I’m also very big on forgiveness and forgiving. I find that’s a very important thing in life to be able to forgive Doesn’t mean you have to continue having that person in your life.

Ok, well I really appreciate talking to you Keo, we wish you all the best in your life and your career.
Great thank you so much! I appreciate it!