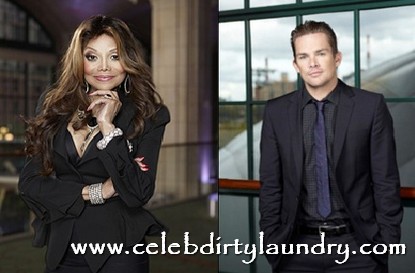 This week our Celebrity Apprentice recap is brought to use by Rosie from Fit Fab Celeb.  Take it away Rosie….Last week, the Meat Loaf vs. Gary Busey battle was awesome with Meatloaf shouting repeatedly “I’m the LAST person you want to f*** with”, because he thought Busey stole his sponges. I wonder how they’re going to top that one?

This week’s episode is titled “Australian Gold”. The Celebrities are tasked with creating a public marketing event for Australian Gold, using a 10-foot by 10-foot glass box.

The episode begins with Marlee Maitlin giving her charity, Star Key Hearing Foundation a cheque for one million dollars.

The celebs meet up with Donald Trump on the roof of Trump tower where he congratulates them for last week’s awesome tasks where they raised a record amount of money. Trump goes on to explain the task for Australian Gold, sunscreens and body lotions; the owners tell the celebs that they will be judged on creativity, originality, brand messaging and how well they advertise the theme within the box. Project Managers are assigned, for ASAP it is Latoya Jackson and for BackBone it is Mark McGrath, the winning project manager will win $40,000.00 for their charity. 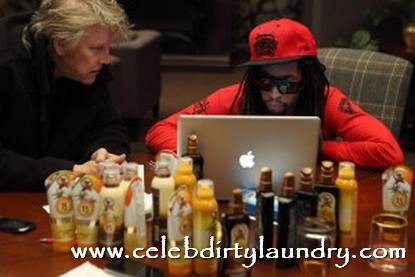 BackBone:  The men come up with a Pirate concept. Busey is against, says he’s never seen Jack Sparrow put on sunscreen, lol. After meeting with the executives of Australian Gold, John Rich thought that they should probably change their concept, but Mark vetoes him. Ivanka stops by for a visit and the men tell her all about their pirate concept and she seems to like it.  At this point, Mark’s biggest concern is the execution of the marketing strategy because Busey’s a wild card, you never know how is going to act. The men are all dressed up as pirates,with pirate girls and a 3-foot high pirate!  Donald Jr. arrives and Meatloaf introduces him as the Admiral, he loved their theme and found that it was creative and defined but maybe missing the message that the executives are looking for. The executives from Australian Gold arrive and Gary hijacks them from Meatloaf and the rest of the men try to move in with their Australian Gold chant trying to take the attention away from Gary.

ASAP:  The women are still trying to come with a concept when the executives of Australian Gold stop by for a visit. Hope, Marlee and NeNe are in charge of costumes and props although they are having a tough time since they aren’t getting much direction from Latoya. Meanwhile Latoya is with the ‘box’ designers and still doesn’t have a concrete concept. Latoya finally comes up with her concept, ‘living the gold life’ which is a beach theme and tells Ivanka about it when she stops by but is disappointed when she is told that it is not creative enough. Latoya then kicks it up by ordering 125 bags of sand which totals 6,000 pounds! All the women have to join in with sanding and painting the structure, something does not sit well with a lot them. It is clear at this point that the team does not have direction. The morning of the event, Latoya makes a risky last-minute creative change, she decides to add a winter concept with the beach concept. Donald Jr. drops by to see the completion of the task and seems unimpressed. NeNe sneeks over to Donald Jr. and badmouths Latoya.  The executives from Australian Gold arrive and Latoya brought across the message well, that sunscreen is required in the summer and winter.

Trump meets with the executives and the found that the men created a better buzz outside of the box, but didn’t use their mascot the Koala bear. They thought the women did not use their team to their maximum potential in not using Hope, a former playmate; she was covered up with a jacket in the beach scene. The executives have a difficult decision on their hands, but one team emerges victorious and Donald Trump fires another Celebrity.

In the boardroom, NeNe tells Trump that Latoya didn’t do well. Latoya tells Trump that NeNe is not a fan of hers and Ivanka and Donald Jr. agree.  Trump asks Latoya why she didn’t use Hope in the display since she was recently Playmate of the year and Latoya blames it on lack of time in planning for the event. Trump then asks the men why they went with pirates and Mark explains the ‘bounty of gold’ tie in with Australian Gold. Ivanka felt the men went outside of the box and the women played it safe. Mark tells Trump that if his team doesn’t win, he will have to take full responsibility and couldn’t put the men up to the firing squad. Trump asked the men why they didn’t use the Koala and they said they couldn’t get one the same color so they decided not to use it.

Ivanka tells the ASAP that the executives loved the messaging, they thought it was great, they loved the dual theme and the mascot – but didn’t like the public interaction.

Donald Jr. tells BackBone that the executives loved the interavtion with the public and the advertising of the product as well as the gold chant, they didn’t like that the Koala was not there and they didn’t think it was appropriate for Gary to pitch himself as the spokesperson for the brand.

Latoya wins for ASAP and Trump tells NeNe that she can apologize now and she tells him no, BITCH. The women leave the boardroom and NeNe attacks Latoya, calling her ‘Casper the Ghost’ and telling that she is only successful because of family’s last name.

In the boardroom, Gary comes under attack for ‘handcuffing’ the executives in the corner and not letting the Project Manager do his job. Trump asks John what he thinks and he says Gary’s disfunctional ways are getting in the way. Trump asks Mark to pick two people to come back in the boardroom and he chooses only one, Gary.

Mark reiterates that if it’s the ‘pirate’ them that caused them to lose, then he should go home. Donald Jr. asks if Mark thinks that maybe Gary’s negative interaction with the executives had a negative effect with the outcome and his losing the task and Mark says yes. M ark is fired and he tells Gary to shape up.