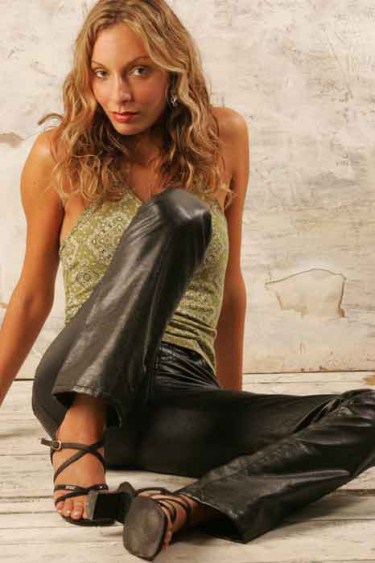 Actress and Wrestling Personality,   Amy Vitale has taken Hollywood by storm over the last few years. She’s appeared in major block busters like “There’s Something About Mary” starring Cameron Diaz and Ben Stiller, among other major motion picture and television hits.  In 2011 Vitale fans will be able to see this silver screen Diva in a Sci-Fi drama called “Planeta Desconocido”.

“Planeta Desconocido”, directed by Troy Bernier and Eric Swain, is about a research crew being trapped on a distant moon by an outbreak of war.

This is the first Sci-Fi movie Vitale’s been apart of through her acting career; an experience she has enjoyed, and looks forward to more Sci-Fi features in the future.

For all the Vitale and Sci-Fi lovers out there, “Planeta Desconocido” will be released during the 1st quarter of 2011 in 25 film festivals across the country.

In addition to her roles on the silver screen, Vitale has appeared on USA Network’s “Burn Notice”, The CW “Daily Buzz”, “Playboy” and “FOX News”.

Wrestling fans of Vitale will be pleased to know that she’s still going strong on her wrestling career.!

On January 29th, 2011, Future of Wrestling will be hosting an event called Resurrection where the vivacious Vitale will be in the corner of Francisco Ciatso, a competitor battling with 7 other wrestlers for the opportunity to be crowned as the F.O.W Heavyweight Champion. Other entrants include Billy Fives, Ram Man Evans, Anthony Michaels, Sean Allen, and Jordan Rayner.

You can catch more news on what this Diva is doing in her latest interview with Marcus Pitt.

There she talks about what it was like trying to make her space in an industry dominated by men, how she had to earn her stars, and just who caught her eye and made her want to become a wrestler herself!