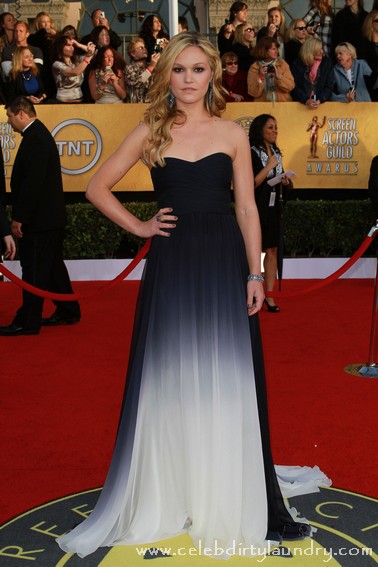 Dexter star Julia Stiles, 29, arrives at the 2011 17th Annual Screen Actors Guild Awards which is being  held at the Shrine Auditorium on Sunday January 30th, 2011 in Los Asngeles.   Julia is wearing a navy to white gown, vintage earings and a fabulous ring.   Her hair is in romantic waves.  What do you think of her dress.  I love it!