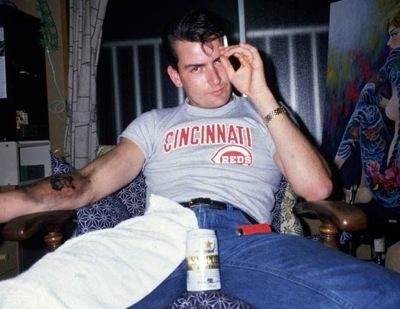 Charlie Sheen has spent more in the span of six months on hookers and blow than any of us will make in the span of ten years. How does that make you feel? We all work hard for our payola, we do that nine-to-five thing where we’re punching that time clock and this yokel comes in and buys up enough cocaine to drown an Olsen twin and people still love him.

I have tried hard to disect the Charle Sheen phenomena in my mind. He’s a rabid cokehead with an affinity for escorts, he has been hauled into court for allegedly hitting the women in his life and STILL — People watch Two And A Half Men. I don’t get it whatsoever.

My eleven-year-old son is addicted to that show. He loves it bunches. But he is obviously oblivious to Charlie’s shenanigans. Most of us adults know better — especially if you can read sites like this one!!

Are you a fan? If so, why? Not berating the man, I’m just curious.