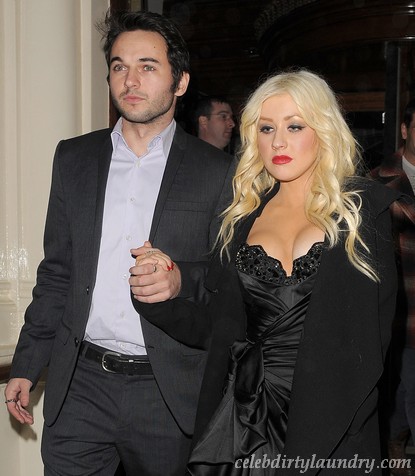 Christina Aguilera and her boyfriend Matthew Rutler were arrested earlier this morning!

Matthew was popped for driving under the influence, while Christina was arrested for the BS charge of public intoxication. His bail was set at $30,000 for the misdemeanor charge.

Law enforcement sources tell us Aguilera appeared to be “extremely intoxicated” and was “unable to take care of herself.”

However, the source adds, “If the driver had NOT been arrested for DUI, [Christina] would have never been in trouble.”

Sources close to Xtina tell us they have been trying to get the singer into a rehab program for weeks.

We’re waiting for the mascara and lipstick’ed up mug shot photo. That will be gold right there.