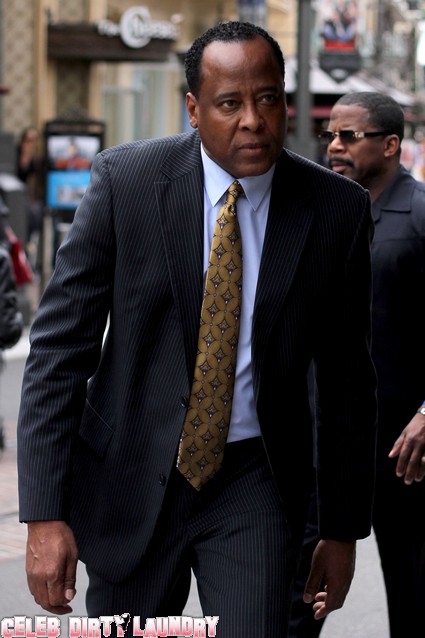 Conrad Murray is one scary man. Not only did he act a Michael Jackson’s drug dealer but he actually told people MJ was “fine” when he was already deceased, according to court docs.

Paramedic Richard Senneff – who was the first person on the scene when emergency services were called to Michael’s home said in his statement that Dr. Conrad Murray stood in front of his patient’s lifeless body and claimed there was not a problem.

According to the statement, the medic said: “He doesn’t have a problem. He is fine. He was practising all night. I’m just treating him for dehydration.”

Documents obtained by the Daily Mirror newspaper also reveal Richard believed the doctor – who is due to stand trial for the involuntary manslaughter of the star after being accused of administering the lethal dose of the anaesthetic Propofol that killed him – lied about the medications Michael was taking.

When asked if he had taken anything, Murray replied: “No, he is not taking anything,” but seconds later Murray admits that he had given Michael the anti-anxiety drug lorazepam “to help him sleep.”

In his statement, Richard also said he later saw the doctor clearing bottles from the room, and claimed he found Murray administering CPR on the bed, despite 911 operators having instructed Murray to move MJ’s body to the floor before attempting resuscitation.

Conrad Murray’s trail begins next week and we can only hope that he is found guilty and receives the maximum sentence of 4 years in prison.