Dr. Conrad Murray Seeks A Delay In His Trial For Michael Jackson’s Death 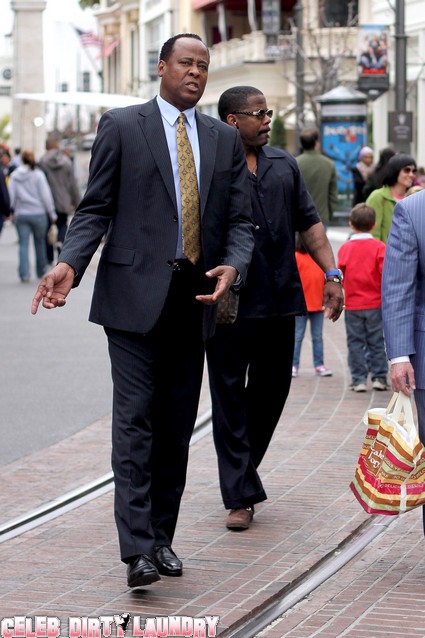 Attorneys for Dr. Conrad Murray, who is charged with involuntary manslaughter in connection with the death of Michael Jackson, have asked the court for a stay of trial in a Petition for Writ of Mandate filed Friday.

His lawyers desperately want the jury, who will hear how Murray was responsible for Jackson’s death, to be sequestered.  In the legal document lawyers requested the trial not take place until the Court of Appeal makes a decision regarding the writ, which asks that Judge Michael Pastor’s Aug. 25 ruling denying a sequestered jury be reversed.

Murray’s attorneys requested his jury be sequestered arguing, “There is reasonable expectation that Dr. Murray’s trial will be the most publicized trial in history,” due to Michael Jackson’s international fame.

In making his decision, Judge Pastor said sequestering the jury would “make them feel like inmates.” He also denied the request by Murray’s attorneys to ban cameras in the courtroom.

Prosecutors say Murray administered a lethal dose of propofol to Jackson in the summer of 2009.

Murray’s trial is to begin Sept. 8. If convicted of the manslaughter of Jackson, Murray could be sentenced to up to four years in prison.

Murray is guilty of what he is charged, and worse. His lawyers will try every trick to help him escape justice. Murray was a drug dealer and drug administrator to an addicted Michal Jackson and that is not why his license to practice medicine was granted.