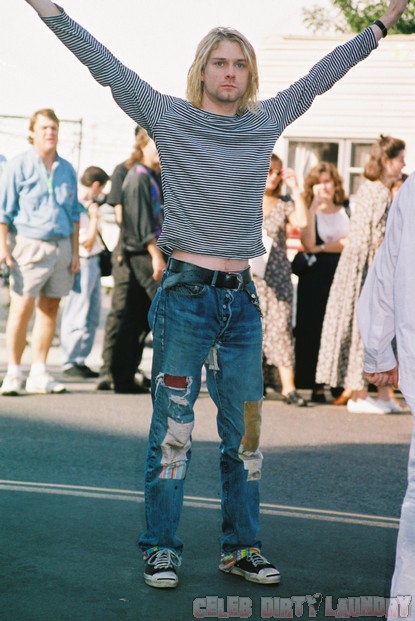 GASP. I have no idea where to even begin with this one. Apparently, Courtney Love felt the need to overshare about the manhood of her former husband, Kurt Cobain. Is there anything this crazy broad won’t discuss? Seriously.

Kurt had become an icon in the world of music leading up to the time of his death. Now this troll wants to continue to use his memory to gain press? Really, Courtney?

In a new interview with GQ, Courtney was asked a question about whether not Brad Pitt could portray Kurt in a biopic based on his life. She said in response, “Kurt had more presence and more beauty than Brad Pitt. He was a leader, he was strong, in fact he was well f**king hung, if you really want to know.”

Ummm…okay. Since no one actually asked about the size of his penis, we’re left wondering why she would ever volunteer that kind of information.

The Hole singer also confirmed a long-standing rumour that Cobain had been cast in Quentin Tarantino’s 1994 classic Pulp Fiction, adding: “You ever wonder why he thanked Quentin [Tarantino] on the back of ‘In Utero’? Quentin asked him to play Eric Stoltz’s part in Pulp Fiction.”

I always have been and always will be a fan of the music that Nirvana put out. Courtney needs to learn to shut her yap, though. Who’s with me? Because I’m sure her daughter would love to read this (which I’m sure she probably already has.)