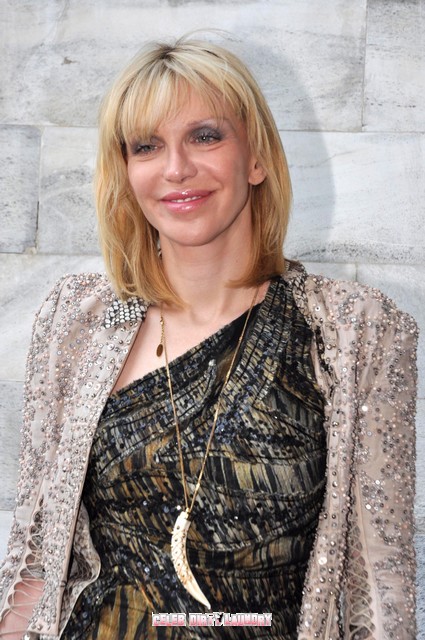 Courtney Love is writing such a deadly autobiography that it will probably be banned in some countries and censored in others! I mean snorting your dead husband’s ashes is just a bit extreme even for Courtney.

Courtney is famously the widow of late Nirvana frontman Kurt Cobain and claims she wants to “set the record straight” in the book which is expected to cover her life as an aspiring musician, her marriage and drug problems, her attempted Hollywood career, and how she was cheated out of huge Nirvana estate.

Courtney is known for an absurdly exalted opinion of herself as well as being extremely opinionated. She has always been direct and forthright in her interviews and writing and this augers well for a very revealing book.

According to publishers William Morrow, the book will be a collaboration with writer Anthony Bozza who has written with INXS, Tommy Lee and Slash.

Among controversies the book is expected to discuss an incident when Courtney apparently asked Hollywood writer Neil Strauss to join her in snorting her husband’s ashes.

In his book ‘Everyone Loves You When You Are Dead’, Neil explained: “She walks to a dresser, pulls open a drawer, and removes a square-shaped tin.  She removes the lid, revealing a plastic bag full of white ashes. A faint smell of jasmine emanates from the tin.

Courtney was rumoured to have taken heroin while she was pregnant with daughter Frances Bean Cobain relapsed in 2005 and tried to kill herself with a heroin overdose.

She said: “I promised I would never shoot heroin again, and I haven’t, except for one incident in July 2005, where I shot myself up on purpose to kill myself.”

Expected out in Autumn 2012 Courtney’s book will make the perfect stocking stuffer for next Christmas… NOT!