BY Dr. Jody Overland on March 22, 2011 | Comments: Leave Comments
Related : Dancing With the stars, Dancing With The Stars Season 12 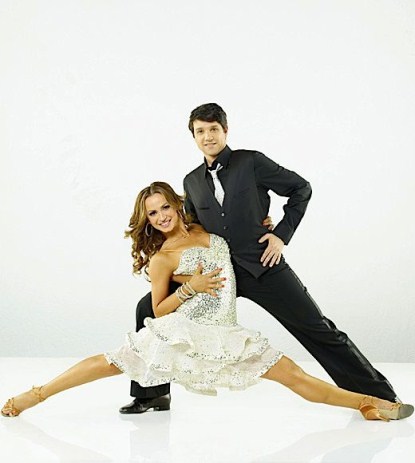 Dancing With The Stars was the talk of the town last season – largely due the controversy surrounding Bristol Palin, claims of vote rigging, intra-mural disputes within DWTS spilling out publicly, and plenty of hot and lively competition.   By those standards the current season looks entirely boring.   The one attribute, or rather failing, that is unforgivable on a TV show is irrelevance and DWTS is in danger of sinking like a stone.

Much as I hate to admit it, Bistol Palin and her publicity hungry mom, Sarah, brought a certain relevance to DWTS that graceful Kirstie Alley and retired boxer Sugar Ray Leonard definitely do not.   Ralph Macchio was a bit of a highlight showing off some good dancing, perhaps a bit of vestigial grace surviving from his training during the Karate Kid days.  No doubt Chris Jerico is a charmer but he isn’t exactly Hollywood’s hottest property, is he?  The most exciting element of the first show was, sadly, Kendra Wilkenson being supported by the ancient sex maniac Hugh Hefner.

There is nothing on this season’s DWTS that is going to bring in the ratings of last season.  All the fanfare in the world will not replace controversy – the whole Bristol deal polarized and energized the viewing public  – and tough competition amongst compelling stars does not seem to be evident from the first episode.  Looks like this season of DWTS will be a flop.