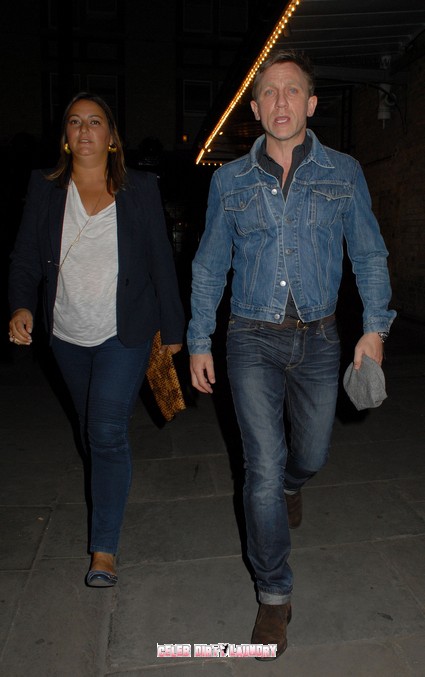 Daniel Craig (also known as my favorite James Bond) looked handsome as ever on The Tonight Show on Wednesday night. Never a disappointment and delicious looking as ever.

Can I just say how much I love him? He’s not only a super sexpot, but he’s an amazingly talented actor. And not to mention pretty secretive! I’ll be the first to admit how shocked I was when hearing about his recent marriage to actress Rachel Weisz (only because I didn’t know – love her also). Those sneaky sneaksters.

Daniel, 43 (and yes I talk about him as if I know him personally – so what), opened up to MTV News recently chatting about his latest film, “The Girl With The Dragon Tattoo” and playing the character of journalist Mikhail Blomkvist.   “The whole process was great,” Craig added of playing the smart and heroic journalist. “All of it was great. I had a lot of fun on it.”

It was interesting how Daniel talked about co-star Rooney Mara’s amazing ability to transform into the title character, Lisbeth Salandar, a role already perfected beautifully in the Swedish film version (played by Swedish actress Noomi Rapace – who was absolutely brilliant).

The Girl With The Dragon Tattoo Poster Revealed…And Oh What A Poster It Is!

“Rooney is massively impressive,” “She took [it] on under a massive amount of pressure because obviously there’s a lot of expectation. I was massively impressed and she absolutely nailed this. People are hopefully going to be incredibly surprised and happy with her performance.”