David Arquette Latest Celeb To Be Booted Out Of Prince Show 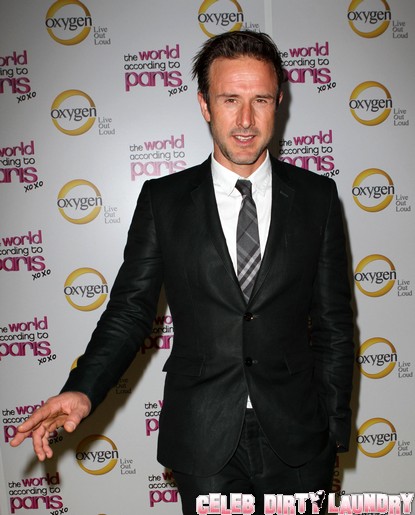 Prince is a notorious control freak when it comes to his image and his team has instructed ushers at all of his ‘Welcome 2 America’ tour stops to vigilantly enforce the no-photo rule, even if people try to snap them on their cell phones.

And yet, aware of the irony, midway through his shows, Prince often encourages people to take out their cell phones anyway, wave them in the air in place of old school lighters, and even, yes, take some photos.  And yet, resistance on the other end of it also proved futile for actor David Arquette recently at one of Prince’s fabled 21 shows at the Forum in Los Angeles.

According to WENN reports, after arguing with security over shots he took of the Prince, security kicked out the person sitting next to David for taking pictures – and this was right after Prince told everyone to take out their handheld devices.   Arquette tried to play the hero and was consequently given the boot.

“Security came to take this kid away and they said, ‘You gotta get rid of all those pictures on your phone,'” Arquette relays. “I said, ‘Prince just said we could take the pictures.’ And so I got kicked out of the Prince show.”

Prince’s ‘Welcome 2 America’ tour is proving to be a danger zone for celebrities, and yet, celebrities — like everyone else — seem to be magnetically attracted to the shows.

First, Prince kicked socialite Kim Kardashian off stage, back in February, shortly after he invited her up to dance and she didn’t perform up to his expectations. Then Whitney Houston was banned from going to any more of the L.A. shows after Prince’s team became fed up with her ticket requests and alleged hard partying habits.   As the concert series continues, let’ see which other celebs Prince can diss.