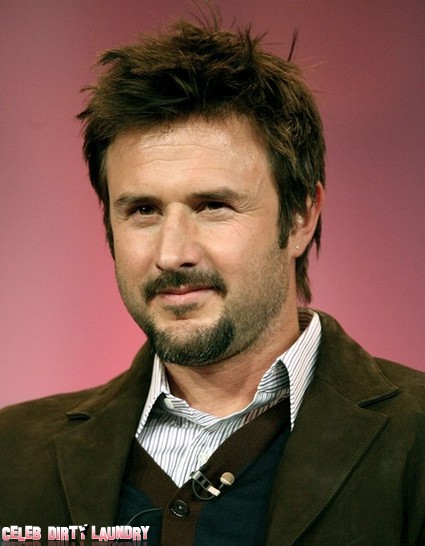 David Arquette has a lot to celebrate as we say goodbye to 2011. The actor/director/producer has notched up a significant milestone for which he deserves a big pat on the back. His tweet says it all  ‘Today marks 1 year of sobriety for me. I thank God for the strength and guidance and my family and friends for their love and support and I thank you’.

365 days alcohol free has been a work in progress. First there was a four week stay at a rehab center last January.  His reason for entering the facility was  given as  ‘alcohol and other issues‘.  Upon release he reassessed his lifestyle and made a lot of changes both professionally and personally. He was so determined to stay clean he even refused medication following a nasty car accident in March.

It all started to go wrong for the star of Scream when he split with wife Courteney Cox in 2010 . They’d been together eleven years. That’s when the demons surfaced and he turned to partying hard and drinking.

It was a tough break up but his commitment to sobriety has done wonders for the former husband and wife’s relationship. Not to mention the father-daughter bond with seven year old Coco Arquette. He now has a new girlfriend who works as a TV reporter.

The 40 year old is taking baby steps professionally. There was a stint on Dancing With The Stars this year. But who knows what 2012 will hold? He’s a year sober and ready to kiss some serious ass in Hollywood.