David Boreanaz Opens Up About 2010 Affair 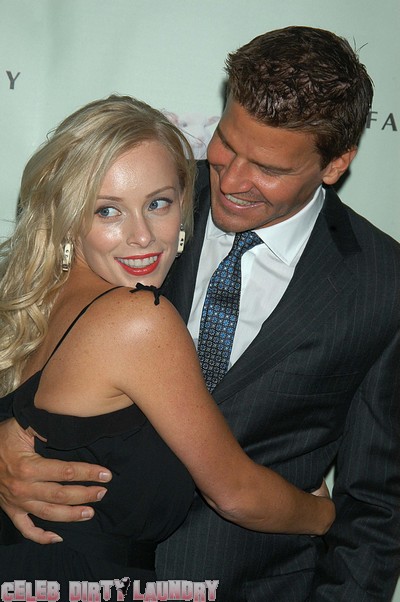 David married Playmate and actress Jaime Bergman on November 24, 2001, but was entangled in an affair with Rachel. This was something that Rachel had previously denied, but later came clean about. Now, he’s opening up about the affair in hopes that it makes their relationship that much stronger.

In a new interview, he explained, “In a sacred ground like marriage, you find yourself out of it at certain times for reasons unknown that can be destructive. There could be a demon that kind of comes out and overtakes you.”

He went on to say that there are “fantastic” moments and “extremely rocky” moments in any relationship. But, still, he’s not a quitter.

Kudos to him for admitting what he did wrong and trying to work through his issues with his wife. She must be a very forgiving woman to stay with him after he cheated. What do you think? Would you stay with a man after having learned that he cheated? What if there were children involved? Sound off in the comments and let us know what you think!