Does Kim Kardashian Intend To Adopt A Haitian Baby To Repair Her Image? 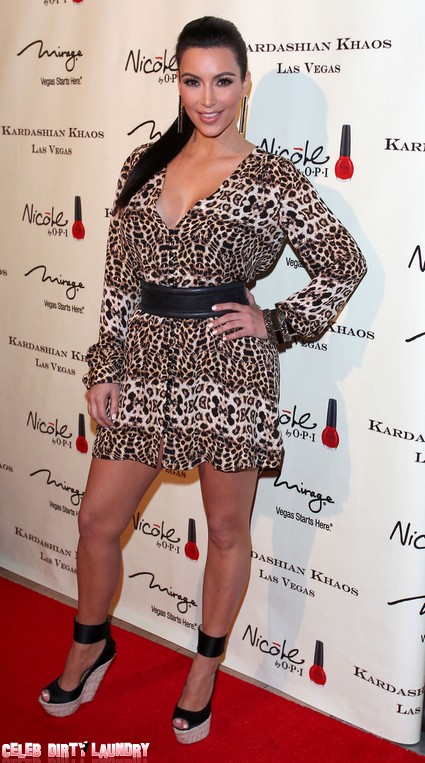 Kim Kardashian‘s reputation (not that she had much of one before) is in tatters after her all-for-profit-wedding and her filing from divorce from her husband Kris Humphries after just 72 days.  Kim is so desperate to repair her image she tried to have her reality show with Kourtney Kardashian, Kourtney & Kim take New York edited to make Kris look like the bad guy and her like the victim.  That backfired and if you have watched the show Kim comes off looking like a spoiled, entitled bitch.

Kim’s next attempt to rebuild her crumbling image was to go to Haiti for charity work.  Kim went with the charity group We Advance but rather than care about the plight of Haitians as they try to rebuild a society practically destroyed by the deadly 2010 quake she seemed more interested in advancing her career.

In Touch print edition reports: “She made a special visit to an orphanage with her mom, Kris — and there, she came up with a shocking new plan.  ‘She wants to adopt a Haitian baby, and she wants to do it as soon as possible,’ the insider reveals, adding that Kim sees it a the perfect way to heal her damaged reputation — and transform her into an earth mother, à la Angelina Jolie. ‘She’s telling friends she wants to adopt because of the awful living conditions she saw in Haiti, sighs a pal.  ‘But it’s pretty obvious she’s only doing it to revive her image.”

In Kim’s mind a Haitian baby would be the perfect vehicle to promote a softer, kinder and less-self absorbed image.  What do you think, would Kim go this far to repair her tattered image?   Sound out in the comments below and let us know your thought!