Dr. Conrad Murray Insists He Is Innocent – Will Not Accept Plea Bargain 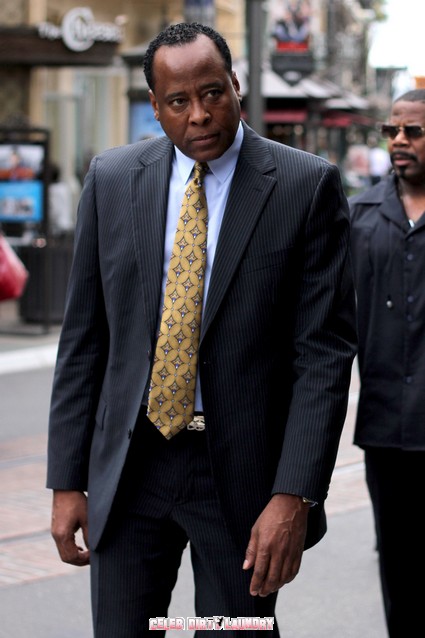 Dr. Conrad Murray will never accept a plea bargain from the L.A. County District Attorney sources directly connected to the good doctor report.   Apparently Dr. Murray feels strongly that he is innocent thus no admission of guilt to his manslaughter charge seems acceptable.

Sources say that Dr. Murray feels so strongly about his innocence, even a plea with no jail time would be out of the question.

Meanwhile Dr. Murray has nothing to say ‘NO’ to since no plea bargain has been offered and sources say that the D.A. will not offer one.

Sources say that Murray’s defense will be based on the fact that only two people were in the room around the time Michael Jackson died, and Murray insists he did not administer the fatal dose of Propofol.   Murray’s lawyers will claim that when the Doc left to go to the bathroom, a frustrated Michael Jackson woke up and administered the fatal dose himself in an irresponsible attempt to get some sleep.

Sure sounds like a weak defense to me – Dr. Murray at minimum is guilty of being a panderer and that does not fit with someone licensed to prescribe and administer potentially deadly medication.