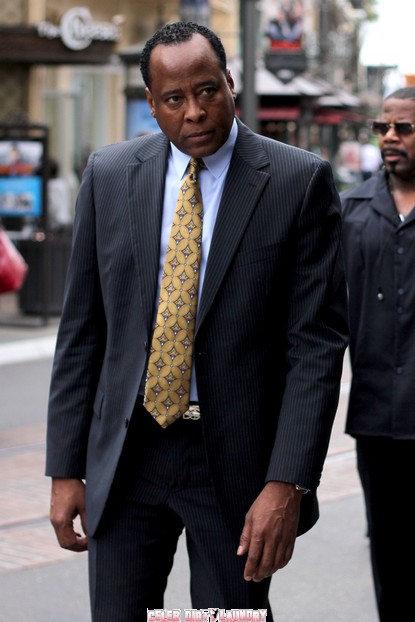 Dr. Conrad Murray wants the top secret Michael Jackson videos – and his lawyers intend to use them to help prove that Dr. Murray is not guilty of manslaughter as charged.  What has this to to do with Michael’s videos?

Dr. Murray wants to see all of the rehearsal videos shot for the never performed “This is It” tour.   Murray’s lawyers believe it could show Michael was in such a frail weakened condition that there were many reasons for his death other than Propofol administered by Dr. Murray.

The last videos of Michael Jackson are so top secret and valuable to the case that they were transported in an unmarked truck, accompanied by armed guards in the dead of the night.

Murray’s lawyers subpoenaed the tapes, but now Sony Pictures — which has possession of the videos — is objecting for several reasons. Sony claims there are more than 20 boxes of videos and it would cost $200,000 to log and reproduce all of them.

But in the docs, Sony describes how top secret the videos were to the studio. Sony lawyers say, “When they were transported to the Sony lot in Culver City, the transport in an unmarked truck was accompanied by armed guards in the dead of the night.”

When the tapes were in an editing bay, security guards were posted outside the door and no Internet access was allowed in the room.

In any case – it seems that Murray’s defense rests on pathetic attempts to avoid taking the blame for what was his fault.