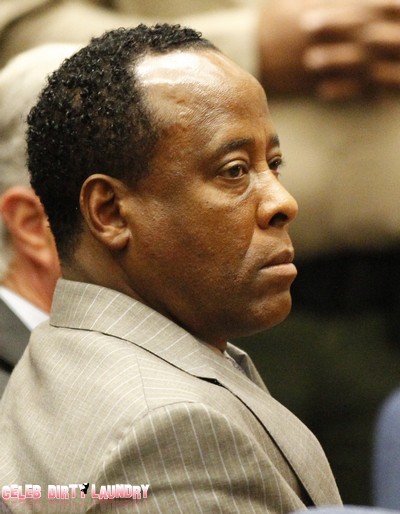 Not that we can trust everything that Dr.Conrad Murray says but its still our job to report it – and the convicted felon claims Michael Jackson pleaded for “more milk” in his final words before his death – but MJ didn’t mean milk from a cow.

Murray was found guilty of the involuntary manslaughter of Michael Jackson on Monday and explained the late singer was “begging” to have the “milk”, which was the nickname he gave the powerful white-coloured anaesthetic Propofol, which MJ overdosed on.

Speaking in new documentary ‘Michael Jackson and the Doctor: A Fatal Friendship’ for US network NBC – which began filming in November 2009, five months after the star’s death – Murray said: “He was pleading and begging to please, please let him have some milk because that was the only thing that would work. He really could not sleep.”

In the revealing interviews he gave for the documentary – which will air in the US on Friday – Murray also described how the singer looked when he died.

He said: “Have you ever seen the ‘Thriller’ image when he was made up? He looked that hysterical.”

Dr. Murray is currently remanded in custody without bail until he is sentenced on November 29.

The doctor has been placed on suicide watch at LA County Jail, where he is being held in the medical wing for his safety after fears Michael’s fans may attack him in prison.