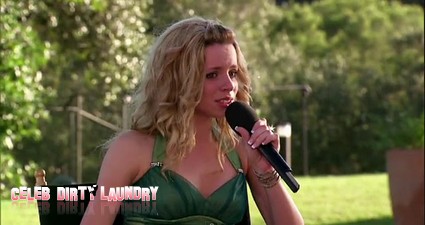 In a shocking elimination Astro went home first.  Not shocking to Celeb Dirty Laundry viewers who predicted he would be going.  Drew Ryniewicz landed in the bottom two with Marcus Canty.   Last  night was Michael Jackson themed episode.   The remaining top 7 covered tunes from the Michael Jackson’s songbook.  If you missed the episode you can read our official recap here.

Last night Drew Ryniewicz sang Billy Jean from Jackson’s sixth studio album, Thriller.  Here is what the judges had to say about her performance last night – L.A. said: You made the song your own and it pains me to say that I liked it. Nicole said: I like you, the whole chair thing I didn’t understand, you showed range and passion but I wanted you to get up from the chair. Paula said: This was your best vocal performance, however, nothing visual, paying homage to Michael, there should have been more. Simon said: Paula let me remind you, because of too much dancing, your acts are out of the building. The whole point of tonight was to show that she is a great artist and she sang the song beautifully.

DREW IS ELIMINATED!!  Do you think she deserved to leave?  What do you think about Astro voted out?  Sound out in the comments below!