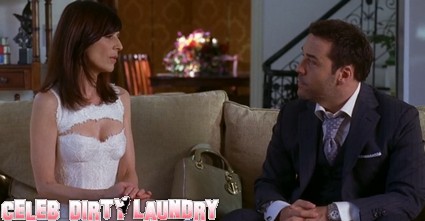 It’s time to say goodbye to Entourage and the guys, the end is here!  The last episode of Entourage shows this Sunday September 11th, 2011 on HBO.   The episode is called ‘The End’ and we have a sneak peek video below for your enjoyment.   On last week’s episode of Entourage called ‘Second to Last’  it was go or go home time for Vince’s and Drama’s miner movie. Everyone loved the script Vince wrote (even Ari cries), but Drama was the deal breaker.  Turtle just couldn’t get a break with his new restaurant. His crew has bigger eyes than the budget and no one else is willing to help out.   Depression sets in, when he doesn’t get the chance to reap the real fruits of his labor.  Eric got a huge shock and when I say huge I mean huge!  If you missed the show catch our RECAP HERE!

‘The End’ episode synopsis: In the series finale, Vince takes a surprising step after a first date with Sophia; a therapy session yields mixed results for Ari and his wife; and Vince, Drama and Turtle urge Sloan to work things out with Eric.

In the preview Ari and Mrs. Ari (Melissa) are at the marriage counselor and the therapist has them role playing.   Melissa plays their daughter Sarah and Ari has to talk to her.  Poor Ari really tries but it is not easy for him.  Watch the video below!

After eight years the network is promising that the finale will go out with a bang.  I will miss seeing the guys every week, but there are rumors that a movie will be made very soon and all the actors have indicated they would love to do it.

How are you enjoying the show?  Is it living up to your expectations?  Sound out in the comments below and enjoy the preview below!