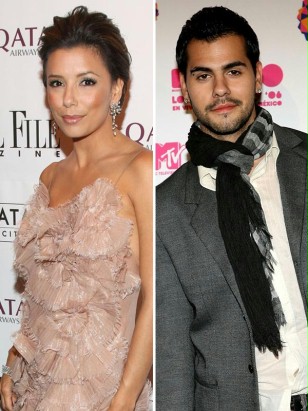 Desperate Housewives’ va Longoria, 35,  has been rumored to be dating Eduardo Cruz, 24, Penelope Cruz’s younger brother.  The rumors started when Eduardo was spotted at Eva’s Los Angeles home Christmas Eve morning.  However,  a rep for Eva says the rumors are not true.