Foreman Of The Jury Says Casey Anthony’s Dad, George, Was A Suspicious Character 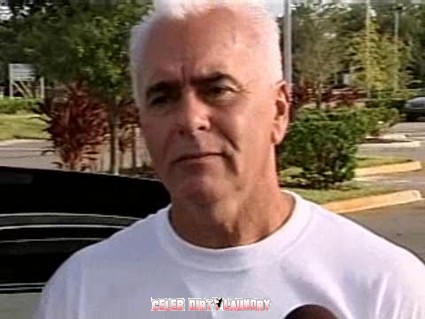 As the public looks for reasons to help them understand how and why the jury let Casey Anthony off for murdering her daughter, the jury’s foreman claims that George Anthony was suspicious.

The un-named foreman of the jury that declared Casey Anthony not guilty in the death of her 2-year-old daughter Caylee told Fox News’ Greta Van Susteren Monday night that he and several of the other jurors found Casey’s father George suspicious and lacking credibility when he testified.

The foreman, who was not shown on screen, and identified only as Juror No.11, told Van Susteren he didn’t believe the child molestation charges Casey’s attorney Jose Baez made against George, because “there was no evidence to back that.”

“That was not a discussion of ours when we got into deliberation, as far as the sexual abuse,” the foreman said. “What was, was George Anthony’s actions, his demeanor, and the way he presented some things on the stand.”

The foreman, who said “he’s used to reading people” as part of his trade, said George had a “very selective memory” in his testimony, some days remembering things in vivid detail, other times, coming up suspiciously short.

The foreman said he was “on guard” and skeptical every time George took the stand, because of such behavior.

“It raised questions … it really did… character, and that he could be possibly lying.”

Several of the jury members questioned George’s complicity in Caylee’s death, the foreman said – was it an accident, or did he help cover it up or that he’d even murdered the child himself.

“There was a suspicion of him – that was part of the conversation of round robin topics we brought up during deliberation … that was brought up.”

Did George Anthony intentionally do this – behave in a suspicious manner in order to throw the jury of the scent – in order to save his daughter?