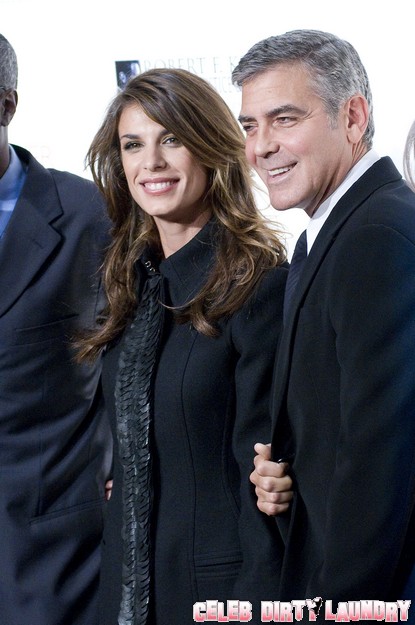 Elisabetta Canalis said that she could see her future as a married woman, but it’s not going to be with George Clooney. Now that she opened her trap about tying the knot, their relationship is kaput!

We’ve said it before and we’ll say it again, George is the eternal bachelor. So when girls start thinking that it’s going to get serious with him, he calls time on their romance.

After dating for two years, she has become the next Sarah Larson in his life. If you don’t remember her, she was the one that he dated and then dumped — and subsequently fell into obscurity where she came from.

They’ve issued a joint statement, confirming the news. They said, “We are not together anymore. It’s very difficult and very personal, and we hope everyone can respect our privacy.”