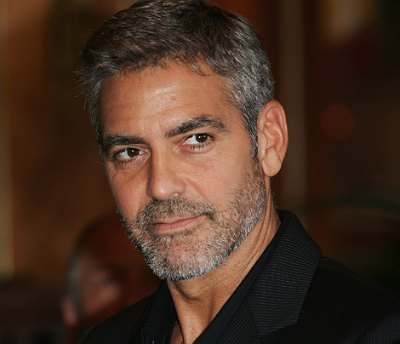 George Clooney is the eternal bachelor! And why, you might ask??? It’s because he was married once – so he gave it a try!

He appeared on Piers Morgan’s new show where his father Nick said that he “yearned for the moment” that his son would get married to girlfriend, Elisabetta Canalis. Never fear, ladies, the Clooney has more than enough to go around!

Responding to his father, George said, “I hate to blow your whole news story, but I was married, so I gave it a shot.”

In 1989, George married Talia Balsam, but the married ended in 1993. He has dated a string of women since, but has no plans to get hitched again — ever.

It doesn’t appear that Elisabetta cares about tying the knot, either. In an interview from last year, she said, “There are some people who just don’t want to see me happy. George reassures me all the time. He is very close. I feel more embraced than ever before. The idea of being so loved is overwhelming…George has given color back to my life.”

That’s all well and good, as long as she doesn’t expect him to put a ring on it!